I recently had an inspection ins a well-to-do suburb, north of Chicago.  The house was originally built in 1915 and was remodeled and added to in 1999.  After the addition, the house was about 4,500 SF, with an added 2nd floor and an added floor over the attached garage.  A really nice house, at first glance, and selling for more that 1 Mil. When the house was remodeled, the house was sided with Exterior Insulation Finishing System (EIFS).  There are many manufacturers of this product and many fine installations I have seen.  But I have also seen many installations that were done by unqualified contractors.  Keep in mind that this work was inspected by the local building code inspectors and passed. On the south side of the house, the EIFS framing around the window was not properly sealed against water leaking behind the wall covering. When viewed with Thermal Imaging, this water infiltration is clearly seen (the purple area on the left side and under the window).  Radio Frequency moisture scanning further verified this problem. The window frames were also not properly flashed and water had gotten behind the EIFS and was causing blistering.  Moisture readings taken on the exterior, and on the interior walls, were in the 30 - 35% range.  When wood moisture readings exceed 19%, wood rot begins and mold can form behind the walls. When the chimney was extended, it was not done by professional masons, but only by people hired out of the local home improvement store parking lot. The new attic was not properly ventilated (ridge vent nailed down too tight and soffit vents covered with insulation) which has lead to high moisture levels in the roof decking (55 - 60%), rotting of the roof deck plywood and mold formation.  The 2nd floor bathroom exhaust fan vents were also not properly vented to the exterior, futher increasing the moisture levels in the attic.

In short, because the owners chose to hire the lowest bidding contractor, did not have the work inspected (by a home inspector) and did not do their own due dillegence, the deal fell through and the owners will now have to either disclose these problems or have them fixed.  Since the contractor they hired was not insured (Errors and Omissions Insurance is a critical factor), this will be a big expense to them.

Welcome to the world of a home inspector.

Show All Comments
Rainmaker
334,638
Jeff R. Geoghan
Coldwell Banker Residential Brokerage - Lancaster, PA
REALTOR, Marketing Manager
We had a big EIFS blowup in Lancaster County a few years ago, when a builder of an entire development was sued by homeowners over poor installation.  A big judgement resulted and EIFS is on the "taboo" list now in our area.
May 08, 2007 08:38 AM
LIKE
#1
Rainer
3,581
Steve Hart
Emerald Pacific Mortgage - Santa Ana, CA

Very good and helpful information.  Thanks for the good post.

Just to clear up a common Realtor misconception.

EIFS, in and of itself, is NOT a bad product.  One company, Dry-Vit, makes a superior product and (usually) has factory trained installers do the work.  I have yet to see a bad Dry-Vit installation.

The problem is that Dry-Vit, like Coca-Cola, has become a common name for EIFS (also called synthetic stucco) and most people cannot tell the difference.

Like any new technology, there are lower quality imitators who try to install the product, but do not really know what they are doing.

As with anything, quality costs.  Unfortunately, few people want to pay for quality, or they don't know the difference.

I do a great deal of work with people who are considering remodeling or adding to their homes.  They have me evaluate the various proposals and quotes and materials lists and help them to pick qualified contractors.

Just one more service that home inspectors can provide.

Great info. Good to see someone using infrared correctly. I am surprised that you have such good luck with construction consulting. I can't sell it to anyone here in CT. As you so nicely mentioned the local building official inspected the work done on this house. People believe these inspectors are looking after their project and they don't have a thing to worry about. How wrong they are! Like you said everyone wants the low bidder and they don't understand quality. The same is true with us inspectors. Almost everyone who calls, the first question they ask is the price.

The attic picture is a gem! Another mis-understood system, attic venting. I recently had the father of a client along on a home inspection. He was a contractor who stated he had been in business 25 years. We discussed venting twice during the inspection in relation to the house. The man did not have a clue about the purpose of attic venting. This guy probably does work like your house in Chicago.

This why when people hire contractors it is a good idea to have some like a home inspector involved in the projected. But....

I always love the contractors who say "I have been building house's for XX years."  This is not a qualification, it is merely a date - time stamp.  If you do sometjing for many years, it is no garauntee that you have been doing it RIGHT for that many years.

Finally, General Contractors rarely do the work themselves.  Thei hire out sub-contractors who actually do the work.  I have seen, many times, when the GC hires a new sub and the sub does bad work.  The GC is usually not aware of the bad job until AFTER the work is done.  This is usually AFTER the buyer closes on the house and is living there.

And, the problems rarely get fixed. 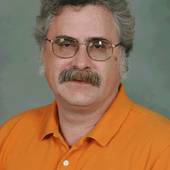