I hesitate to make a list of all the countless deals I've missed:

Bonanzas that were in my grip--I watched them through my fingers slip.

The windfalls which I should have bought were lost because I over-thought;

And while I thought things over twice another grabbed them at the price.

It seems I always hesitate, then make my mind up much too late.

A very cautious man am I and that is why I never buy.

When tracks rose high on 6th and 3rd I thought the price was just absurd;

Those block-fronts bleak and black with soot were priced at thirty bucks a foot!

I wouldn't even make a bid, But others did - yes others did.

When Tucson was cheap desert land I could have had a heap of sand.

When Phoenix was the place to buy, I thought the climate was too dry.

"Invest in Dallas - that's the spot!"

My sixth sense warned me I should not.

A very prudent man am I and that is why I never buy.

How Chatsworth and how Simi grew! Porter Ranch and Calabasas too!

When others culled those sprawling farms and welcomed deals with open arms....

I chose to think and as I though they bought the deals I should have bought.

The golden chances I had then are lost and will not come again.

Today I cannot be enticed for every-things so overpriced.

The deals of yesteryear are dead - the markets soft and so's my head.

Last night I had a fearful dream, I know I wakened with a scream

Some Realtors approached my bed they had the perfect deal they said.

They'd sell Catalina Isle to me. The most I'd go was twenty-three.

The Realtors frowned "That's not a go!" and sold to George Shatto."

At times a teardrop fills my eye for deals I had but did not buy. 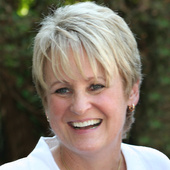