As I write this, the president is poised to sign the American Recovery and Reinvestment Act of 2009, better known as the $787 billion Economic Stimulus Plan. There has been much speculation about what this plan might do for housing, real estate, homebuyers, and mortgages, ranging from 2.99% to 4.5% mortgage rates, $15,000 tax credits, and more, but when the dust settles and the plan is signed into law, the final effect will be quite different.

The most important thing the finaliztion of this plan will accomplish is it will end that speculation. Over the past few weeks, I have spoken with dozens of homebuyers, realtors, financial planners, and fellow mortgage advisors about the economic situation and the stimulus ideas, and the overwhelming consensus was this: "I'm not doing anything until I see what comes out of the package."

This is exactly why finaliztion of the package is important: not because the package might contain some magic bullet that will stop foreclosures, recapitalize banks and restore Amercans' faith in the financial system; rather because finalizing it puts an end to further guesswork regarding its contents.

So what does the package contain for the average homebuyer?

Section 1006 (page 54 of the conference report) describes changes to Section 36 of the Internal Revenue Code modifying the previous homebuyer credit that had been enacted in October of 2008.  Specifically, the following important changes have been made:

Overall, this program does a lot to change current programs by making them significantly more attractive to homebuyers. The removal of repayment requirement makes the credit much more attractive than the previous offer that had been made. The other changes are more semantic than meaningful, but the most significant thing accomplished by enactment of the bill is this:

At least now, we can stop guessing, and start working towards improving the housing market.

Dan Hartman is a Senior Mortgage Advisor with Province Mortgage Associates, Inc, and has worked in the mortgage industry for over 9 years.  A 2005 MBA graduate of Clark University, Dan also serves as an Adjunct Professor of Finance for the University of New Haven and Roger Williams University. 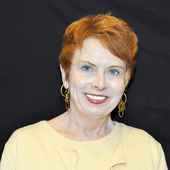 ActiveRain Community over 13 years ago
bookmark_borderbookmark
What is the Good News Bad News on the Home Marke...
View more Recent Posts   arrow_forwards