My 17 year old son wrote this essay about his dear friend, David. He read it aloud to my daughter and I after dinner a few nights ago and we were floored (okay I admit to bias here). We both loved it so much I decided to share it as a reminder as to the incredible, wonderful importance of friendship. Enjoy!

The Person I Know

I have never seen somebody so unhappy after waking up in the morning. Whether its two in the afternoon or at the crack of dawn, the expression is still the same, grief. He keeps his words to a minimum but his anger to a maximum. After hearing this description one would think this person is in depression, but in fact, he's one of my best friends. David Titus is one of the funniest kids I've ever met and continues to bring tears to my eyes with every joke that he tells. David is one of my best friends because of his sense of humor, his endless hours of video game playing, and his house.

One of the key components to a friendship is the ability to laugh with one another for hours on end. David has the knack of having perfect timing when it comes to jokes. On our way back from the Great Escape this summer we decided to put on Tupac in the car. After hearing a couple of his songs David announced a confession he had to make. "When I was a little kid, I used to think I was a part of Tupac's army, I thought I made a difference." Knowing David, this contributed to the absurdity of this comment because he is a white, hippy Vermonter who listens to nothing but Phish. His statement resulted in non-stop laughter and slight embarrassment on his part. Our unique ability to laugh at things that most people wouldn't find funny makes our friendship that much better.

This summer was full of fun, relaxation, and most of all endless nights of video games with David. Call of Duty 4 occupied our lives each and every night. With a headset microphone at our convenience, not only could we play video games online together, but also we could talk about the game at the same time. David is a kid who would be satisfied by playing video games for an entire day, without ever second-guessing his decision. He enjoys relaxing on his nice, black futon placed in his isolated attic, and plays for hours on end. There was a night when we began playing video games at 10 o'clock at night, and finished at 4 o'clock in the morning. This fact alone sums up David's love for video games.

David's residence is essentially a house version of him. It's a place often isolated, but at any moment, can be the center of all activity and entertainment. It's not a very complex house, but has all of the things that make you happy enough to stay around for a while. David resembles his house because often times he is satisfied with being secluded. He finds satisfaction out of spending time alone. However, at any moment he can burst out and do something so funny, multiple people can laugh at him, and all of a sudden he is the center of attention. David, like his house is a simple person as well. Some food, TV, and a guitar are really all he needs in order to live a blissful day. David's simplicity and mysteriousness are key components to how he lives his life, and why so many people find him fascinating.

David Titus is a kid who has the best sense of humor around, enjoys playing video games for hours on end, and has a brilliant house that resembles him. A quote by Frank Crane really sums up the friendship between David and I.  "What is a friend? I will tell you...it is someone with whom you dare to be yourself." Because of all the attributes that make David who he is, it allows me to pass the time with someone who will improve my mood by the flick of the switch.

Call me at 802.238.5256, email me at Chris@ChrisHurdVT.com or post your comments at Hurd's The Word or go to my website at Charlotte Vermont Real Estate. 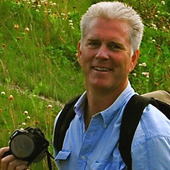