As the bits and pieces of good news for real estate keep on coming, they seem to be gaining -- dare we say it? -- momentum.

We've been reporting good news for several months now, but this week brought four new and, in our opinion, solid evidence of an impending turnaround:

1. The actual number of homes sold (both nationwide and here on the Grand Strand) in December increased over the same period a year ago.

2. The National Association of Realtors Pending Home Sales Index is up 6.3%, thanks in part to double digit gains here in the South.

3. The number of homes for sale is not increasing, but is, in fact, decreasing. January's numbers are the lowest since May, 2007. This is a good indicator of stability.

4. Mortgage rates have settled back down at or below the 5% mark for a 30 year fixed rate, close to 40 year historic lows.

What does the future hold? Well how about this: Congress is about to help the real estate market as well, although not as much as we would have liked. By turning last year's repayable $7,500 tax credit into an $8,000 gift, Congress' action will stimulate several hundred thousand sales in the coming months.

Warren Buffett was asked how he would know the real estate market had turned the corner. He said, "You'll look back a year later, and say, 'There it was.'"

We don't pretend to know more than Warren, but he's a buyer right now. Do you need more than four pieces of good news in one week to join him? 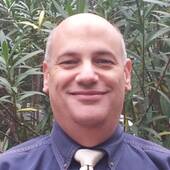 Keep on top of what's going on in the real estate world, both here on the Grand Strand and across the nation.