This week of May 7th - 11th is pretty light in terms of economic reports scheduled for release that could impact rates.  For all of you readers wondering what exactly drives interest rates, I will offer a brief summary. Interest Rates are driven by the bond market, which in essence is the buying, selling and trading of mortgage backed securities. A very general rule of thumb for the bond market is that when the stock market struggles, rates generally improve as investors pull money out of their investments on Wall Street (stocks) and invest in bonds (mortgage backed securities).  This is because bonds offer a much safer return on their investment, the same is equally true for the converse. For a more detailed explanation please contact me at anytime as I am glad to help educate you on what's happening in the economic markets and how and when rates may be affected.
With no relevant news or events scheduled until Wednesday's FOMC (Federal Reserve) meeting. Where the Fed is expected to bring no change to key short-term interest rates (YEAH!). As usual, the biggest concern is what the post-meeting statement may say. Bond Traders will be "licking their chops" looking for any indication of the Fed's next move. There is plenty of speculation among experts that the Fed may be raising key short-term interest rates in the near future. But, as always there are just as many sources that feel that their next move will be a rate cut later this year or early next. The Fed generally chooses its words carefully to avoid showing its hand, but this does not stop analysts from speculating. Accordingly, we may see movement in the markets and rates during afternoon trading later today.
Both of this week's important reports will be released Friday morning. The first is the release of April's Retail Sales data. This is an extremely important report for the financial markets as it measures consumer spending. Since consumer spending makes up two-thirds of the U.S. economy, this data can have a pretty significant impact on the markets. Current forecasts are calling for an increase in sales of approximately 0.4%. A smaller than expected increase should push bond prices higher and mortgage rates lower. However, a larger increase could fuel bond selling and lead to higher mortgage rates Friday.
The second is April's Producer Price Index (PPI), which helps us measure inflationary pressures at the producer level of the economy. If this report reveals weaker than expected readings, we should see the bond and stock markets rally. The overall index is expected to show an increase of 0.6%, while the core data that excludes food and energy prices is expected to rise 0.2%. A smaller than expected increase in the core data would be ideal for mortgage shoppers. Either way inflation seems to be moderating across the board hovering around 2.1% currently.  Still outside of the Fed's established comfort range of 1-2%, but not by much, which is good news. As always we will have to just wait and see what happens.
Today is the most important day of the week with the FOMC meeting, but Friday is also of great interest with the Retail Sales and PPI reports. The rest of the week will likely be fairly calm unless we get some unexpected news on the geopolitical front or a significant change on Wall Street.

Well, thats enough out of me.  If any readers happen to be in the Boston area I hope you've been able to enjoy the amazing 80 degree weather that we've been having for the past few days. 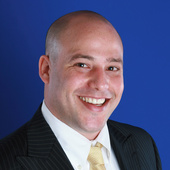