According to National Association of Realtors report issued last week, the national median home sales price dropped in the forth quarter of 2008 to 190,000 from the 205,700 of the forth quarter in 2007.  Factor in lower mortgage rates and home buying is the most affordable that it has been since the beginning months of 2002.

Even though December of 2008 had the lowest new home sales since 1963 adding in the $8000 first time home buyer incentives from the new Economic Tax Stimulus may result in many home buyers getting of the fence, or so we pray,  especially in the areas listed below which are the top 10 most affordable citied to buy a home in and their median home sale prices.

This is good news for us agents and buyers. Thanks for the information Kristina.

All northern states on this list!  Oh well, maybe some of the sellers will be able to sell their homes up north so they can move south to SC and FL.  Thanks for sharing!

Mike - Good News it is...I hope your business increases too! 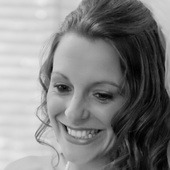