As published in the Palos Verdes Peninsula News and Daily Breeze newspapers:

THE TRUE TALE OF A PALOS VERDES PENINSULA HAUNTING:

Palos Verdes Peninsula, CA --  They say dead men tell no tales, but the ghostly legend of "The Lady in White" lives on to this day among locals and visitors alike.  It is a tale as old as the Palos Verdes Peninsula... and as chilling as the cold, Palos Verdes night sea air.  To this day, there are those mortals who walk among us who attest to the hauntings of the Point Vicente Lighthouse, a historic landmark which stands post in the affluent, coastal community, located between Los Angeles and Orange County, CA.  The story is legend.  It is real-life local, ghostly lore.

"Along with the ominous fog horn that can be heard bellowing - almost longingly -- for miles on bitterly cold and misty nights, there are documented sightings of a tall figure of a woman -- floating along the upper-walkway tower of the Point Vicente Lighthouse, in a flowing white gown.  Witnesses swear the ghostly figure walks as if on air," shares Ms. Mallon.

"In the darkness of night, this ‘woman' forever haunts the historic lighthouse.  Time after time, the eerie ghost has been seen pensively pacing the upper tower walkways in the dead of night.  Walking... walking... waiting... waiting... pacing in private vigilance until the rise of the sun.  Then - like the moon gives way to the sunrise -- she vanishes with the fog until the dark of night returns again."

Where does this true-life legend originate?  "We have to look back to 1790 when the point was named by Captain George Vancouver.  It was a time when sea-going shipmasters feared navigating the dangerous stretch of rocky, coastal waters along the young Palos Verdes Peninsula.  Without a lighthouse horn to warn ships of the looming, perilous shore, many vessels and seaman went to their watery graves along these rocky shoals," tells Mallon.

Finally, on May 1, 1926 the U.S. Lighthouse Service began operation of the Point Vicente Lighthouse which protected ships from miles away.  During World War II, the peninsula was ultimately defended by heavy weaponry at Fort MacArthur.  During that period of local history, the Coast Artillerymen sought to prevent possible aid to enemy navigation by replacing the bold 1000 watt beacon - which had protected sea-going vessels -- with a tiny 25 watt bulb and ‘black-out' curtains in the tower until the war ended.

Mallon continues, "During this critical period - where the worlds between life & hope; and death & tragedy collided -  citing  became more rampant.   Appearing now more than ever, reports of the ghost-like 'Lady in White' was even now reported by local disbelievers.   It was unnerving, as ghost legend has it.  Local lore says the ‘spirit' has been traced to be that of a woman who committed suicide hundreds of years ago, after waiting endlessly, despondently, for her lover to return from his ocean voyage.  In life, she never knew if the watery mist that wetted her face at night in wait, was that of the sea air or tears sent from beyond this life by her beloved.  He never did return alive. She ultimately gave herself - her very life-- to the same cruel sea that took her greatest love.  Unaware she is now dead, she walks...and walks... night after night, after bone-chilling night... and, despite death, keeps her hopeful vigil alive."

"Witnesses report sightings of that very woman, slowly pacing the tower especially under the cover of fog.  Others say that very apparition is of the first lighthouse keeper's wife who accidentally stumbled off the steep cliffs to her tragic death on a dark, moonless night.

No one knows for certain who the mysterious 'Lady in White' is, but credible witnesses to this day attest to -and remain baffled by -- these documented, real-life sightings.  Like the 'Lady in White', her legend lives on," concludes Mallon.

Following the war, the rotating beam from the lighthouse became a nightly disturbance to local residents and a hazard to the steep coastal Palos Verdes Drive motorists.  As a result, lighthouse keepers painted the inland facing windows with white paint to prevent the bright, rotating lights from flashing directly into nearby homes and from blinding motorists at night.

It is the dim light rotating through painted windows that gave the credible illusion of an eerie, floating silhouette at night.  The rich history of this piece of the California peninsula and its maritime past, no doubt helped shape the tale behind the fabled ‘sightings' through the years.

Although time has proven the ghost story ‘false', the spooky tale lives on."

Elaine Mallon is a Broker Associate with Coldwell Banker and a Certified Palos Verdes Peninsula Specialist.  She knows the Peninsula - and the stories behind the Peninsula - with unique expertise.  She is also a member of Coldwell Banker's prestigious International President's ELITE (top 3% of agents), a Certified Negotiator, a Certified Relocation Specialist and a top national Award-Winning Marketing & Public Relations veteran.  She is also a regular Real Estate news contributor to THE DAILY BREEZE and PENINSULA NEWS.  For assistance with all your HOME BUYING or SELLING needs, please contact Elaine directly at (310) 544-8453 or on the web at www.CaliforniaMoves.com/Elaine.Mallon.  She is eager to help! 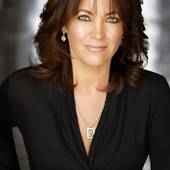 Real Estate Market Trends about 10 years ago
bookmark_borderbookmark
TIMING IS EVERYTHING: INSTEAD OF SITTING ON THE F...
View more Recent Posts   arrow_forwards