On one of my inspections yesterday, I found this on the roof.

I only saw the round end and dug it out and saw that it was a bullet. (I keep a tube of sealant in my truck and sealed the hole) It amazes me at the ignorance some people have when it comes to shooting guns in the air, as if they think the bullets disintegrate in midair. Or maybe they just don't care. About 10 feet from this area was a backyard equipped with a swing set and other play equipment....scary. Just last November a lady I know, Jill King was injured when a high powered rifle bullet came down through her motor home at the Texas Motor Speedway and severely injured her arm. If she had been standing another six inches in the other direction, it would have shot through her head. I wish people would realize the damage that can be caused from falling bullets, they don't just float down. I could not help but think as I was standing there that if I were to take that bullet and throw it down onto that roof with all my strength, it would not even put a dent in it, this one went in a half an inch! Many people each year are injured and even killed from stray bullets, problem is trying to find people who is responsible.

Wow.  Just think if you were on the roof when the incident occured.

Are you required to notify law enforcement when you make a discovery like this? 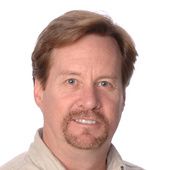