In January, the prospect for a strong Spring Real Estate Market is bleak as under contract properties were down by 27% from a year ago and the economic and financial crisis continue to depress home sales.

The under contract properties of this January are down 48% from January 2005; however New Jersey's actual foreclosure rate in January was .02% ranking it 32nd in the nation. By comparison the national average rate is .05% more than double that in New Jersey.

ON the other hand with mortgage rates dropping in the last couple of weeks,there may be a gentle 'Spring Surge' in home sales as long as mortgage rates fall and remain below 4.75% by the end of March. 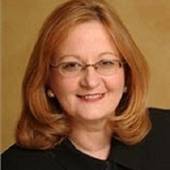