What is the vision for America from its leaders? Clearly, it’s one where the meek shall inherit our money, our praise, and eventually our lives. Anyone who is capable and productive - and proud of it - will incur the wrath of government upon him. So REALTORS had better watch out - because it’s not just the media that hate capable men.  Legislators, a la Connecticut, will use their power to punish anyone who proudly demands compensation for his accomplishments. Government itself now holds our most productive minds in disdain. Guilty without charge - for bank CEOs and basketball coaches - and anyone else who has earned their living.

As an industry obsessed with “top producers,” REALTORS should be very worried that the best of their ranks will be targeted next.

Simply for being great. 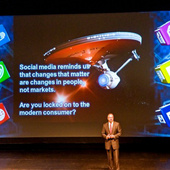