One of my recent clients's decided he needed to move out of the city.  He had reached the end with his cramped condo, the constant noise and crowds associated with city living.  He wanted me to find him a detached house in Germantown, MD.

I am licensed in DC, MD and Virginia.  I sell homes in Montgomery County, MD all the time. Germantown is in Montgomery County.  It is about 25 minutes (without traffic) from my office and 40 minutes from Dupont Circle where my client lived.  Frankly, I do not go to Germantown very often. I told my client this and h e said we would explore the area together.  Okay, I said.  Let's look at houses in Germantown.

Before we went there, I wondered how did Germantown get its name?  In the 1830's and 1840's local landowners and farmers would go to the central business area between Liberty Mill Road and Clopper Road. The merchants and business owners had accents that were thought to be German sounding.  The locals would say they were going to the German Town to do their shopping.  The name stuck.  As it turned out, they may not have been German at all.

Germantown's claim to historical fame was with Abraham Lincoln's assassination.  Co-conspirator, George Atzerodt was captured in Germantown on April 20, 1865.

Filled with a bit of information, I went to pick up my client.  Because Germantown is built around 2 man-made lakes and parks, I could not help but notice all the wooded areas in the neighborhoods.  As I drove by wooded areas, I spotted a few deer.  I heard birds honking and looked up.  Flocks of Canadian Geese were flying over head.  It felt like I was in the country.

I thought to my self what a nice place to come home and unwind after the hustle and bustle of downtown DC and work.  My client thought so too, and immediately found the perfect house and made an offer.  He closed on it last week.

Good work, Michelle!  Germantown has some wonderful little communities, and some of the lakefront townhomes are just lovely.

That's funny. I sell in Germantown and never knew that little bit of history you brought up. Actually I work mostly in Frederick County. If you want to see country, come see us.

Great job Michelle. Congratulations to you. And thanks for information about Germantown Maryland here on Active Rain. Great post. 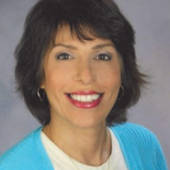