The Bank of Canada announced this morning that they would be lowering the overnight lending rate 1/2 a percentage point.  The major banks followed suit reducing the prime rate from 3% to 2.5%.  Since December 2007, the bank rates have been lowered a total of 4% points.

If you haven’t already, now is a great time to speak with your lendor or mortgage broker about the options available to you to lower your existing mortgage rate.  It could potentially save you thousands of dollars in interest.  I am meeting a number of home owners who are seeing the softer market and attractive lending rates as a great opportunity to either move into their first home or trade up to a larger home. If you are considering buying a home or refinancing your existing home a good lendor or mortgage broker is essential.  Having trouble figuring out who’s who?  If you contact me at 905.33... or lindsay@remaxaboutowne.com, I would be happy to recommend you to some great people in the lending industry.

Below is the excerpt from the Bank of Canada’s press release this morning:

The outlook for the global economy has continued to deteriorate since the Bank’s January Monetary Policy Report Update, with weaker-than-expected activity in major economies. The nature of the U.S. recession, with very weak auto and housing sectors, is particularly challenging for Canada.

Stabilization of the global financial system remains a precondition for the global and Canadian economic recoveries. The timely implementation of ambitious plans in some major countries to address toxic assets and recapitalize financial institutions will be critical in this regard.

National accounts data for the fourth quarter of 2008 and other indicators of aggregate demand point to a sharper decline in Canadian economic activity and a larger output gap through the first half of 2009 than projected in January. Potential delays in stabilizing the global financial system, along with larger-than-anticipated confidence and wealth effects on domestic demand, could mean that the output gap will not begin to close until early 2010. These factors imply a slightly lower profile for core inflation than was projected in the January MPRU.

The effects of the recent aggressive monetary and fiscal policy actions in Canada and other major economies will begin to be felt in the second half of this year and will build through 2010. Once the global financial system stabilizes and global growth recovers, the underlying strength of the Canadian economy and financial sector should ensure a more rapid recovery in Canada than in most other industrialized economies.

The Bank’s decision to lower its policy rate by 50 basis points today brings the cumulative monetary policy easing to 400 basis points since December 2007. Consistent with returning total CPI inflation to 2 per cent, the target for the overnight rate can be expected to remain at this level or lower at least until there are clear signs that excess supply in the economy is being taken up.

Given the low level of the target for the overnight rate, the Bank is refining the approach it would take to provide additional monetary stimulus, if required, through credit and quantitative easing. In its April Monetary Policy Report, the Bank will outline a framework for the possible use of such measures.

The Bank will continue to monitor carefully economic and financial developments in judging to what extent further monetary stimulus will be required to achieve its 2 per cent inflation target over the medium term.”

For more details, visit the Bank of Canada’s website at www.bankofcanada.ca 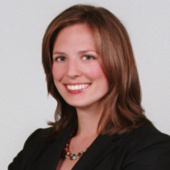 over 12 years ago
bookmark_borderbookmark
What You Need to Know Before Buying a Home: A Repo...
View more Recent Posts   arrow_forwards