You know, it's just a thought, but do we really say 'Thank You' enough today?  Growing up, we were taught manners such as saying 'Please, Thank You, Yes/No Ma'am, Sir'.  But have we gotten too busy for that?

The reason this is on my mind is because I want to say a great big THANK YOU to a lady named Donna Pratt with Continental Airlines.  Recently my husband, Ronnie, and I were traveling back from our winter vacation when we had an unexpected delay which caused us to miss our connecting flight in Ft. Lauderdale. (OK, OK...it wasn't TOTALLY unexpected as I have never flown out of Mexico on time and without a few gate changes)

After landing in Florida, we rushed through customs--no kidding, we actually walked right through with no hitches!! And made it to our next flight 15 minutes before scheduled take-off.  They had already closed the flight, however, and would not allow us to board as they would have to check our luggage.  Actually had our flight not been delayed in Mexico, and had our connecting flight not changed from 4:32 to 4:14 we would have STILL made it...oh well!

So after a mad dash to collect baggage, go through customs check, re-enter, go up 3 levels in FTL airport and attemp to re-check, we were exhausted, totally out of breath, and I was shaking like a leaf as we darted to the counter (thinking we made our flight in time) to be told that they had closed the flight and wouldn't allow us to check in.  At that time the lady behind the counter said "I'm sorry, there is NOTHING I can do to help you, you will just have to go to the Continental Counter and see if THEY have anything available. (we were flying Northwest)

Enter: Donna Pratt.  The first thing she said with a big smile was, "Hello, how are you?" "Been better", I replied on the verge of tears.  At that point Ms. Pratt just stopped what she was working on and looked at us and said, "come here and tell me about it."  Now, mind you, this was NOT her problem, I wasn't even flying on her airlines.  I told her my story as I tried to calm myself down and she asked for all my info, including my frequent flyer numbers.  She took everything, called my ticketing company since we were using air-miles, had the points from our flight re-deposited, and searched for any availablity on other airlines, then had everything re-issued in a matter of minutes.  She booked us on Delta (still not her responsiblity) and directed us to the proper are to catch the next flight out.  We made it back to Memphis (with a detour in Atlanta) only 4 hours later than we had originally planned and back home to good ol' Batesville, Ar the following day.

Now to you, this may not seem like much, but Ms. Pratt had NO responsibility toward me at all.  She took the initiative to take care of this situation.  So I ask you (as I did my own agents), how could having the same attitude toward our clients, customers, friends or even strangers benefit me and my business, improve my life and even better yet those of others?

Isnt it great that some people will go that extra mile. Glad you got home ok.

Missy - What a great real life example of someone's actions that I'd want to emulate!  It is so easy to get wraped up in our life, in our problems and 'stuff' that it takes extra effort on our part to look outside ourselves and see what you can do for someone else. Thanks for sharing. Also glad you made it home safe. 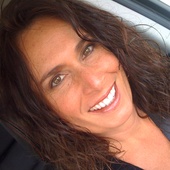