1. Eight grand, new buyers: The tax credit included in the economic stimulus legislation is much narrower than the $15,000 proposal, but it's still great.  This credit is equivalent to 10 percent of the purchase price of the home--although it's capped at $8,000--and applies only to first-time home buyers and principal residences. But unlike an earlier $7,500 home buyer tax credit, this one does not have to be repaid.

3. 2009 buyers only: Only those who purchase a home on or after January 1 and before December 1, 2009 are eligible for the credit. Anyone who bought a home last year won't be able to take advantage of it (but can get the $7,500 credit).

4. Income limits: The tax credit is subject to income limitations. Single buyers need a modified adjusted gross income of $75,000 or less to qualify for the full credit, that's $150,000 for married couples. Those earning more than these thresholds may be eligible for reduced credits.

5. Refundable: Because the tax credit is "refundable," qualified buyers can take advantage of it even if they don't have much tax liability.

6. Recapture: Buyers have to own the home for at least three years in order to capitalize on the credit. If they sell the home before then, they will have to return the credit to the government. (Exceptions will be made in certain cases, such as death or divorce.)

It's a pretty great deal!  Take it a step further and find out what putting $8,000 towards the principle on your mortgage does to the life of your loan. It's crazy!  The tough part is resisting that new big screen tv. 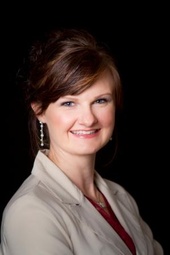