As reported yesterday.  I've modified the report to talk about the absurdity of these so called leaders.

Whether they deserve to be or not, Countrywide Financial and its top executives would be on most lists of those who share blame for the nation's economic crisis. After all, the banking behemoth made risky loans to tens of thousands of Americans, helping set off a chain of events that has the economy staggering.

So it may come as a surprise that a dozen top Countrywide executives now stand to make millions from the home mortgage mess.

The team of former company executives have been buying up delinquent home mortgages sometimes for pennies on the dollar. They get a piece of what they can collect.  WOW!!!!!

Here's a novel ideal....let's lead a company into failure and then turn and make millions by creating a company to sweep up after the mess.

"It has been very successful - very strong," John Lawrence, the company's head of loan servicing, told Mr. Kurland one morning last week in a glass-walled boardroom here at PennyMac's spacious headquarters, opened last year in the same Los Angeles suburb where Countrywide once flourished.  "In fact, it's off-the-charts good, he said who was leaning back in his white leather boardroom chair as the financial markets in New York were plungin.

Wow....again!!!!!  No problems putting on the same glitz that Countrywide did.  MUST BE NICE!

And there is PennyMac, led by Mr. Kurland, 56, once the soft-spoken No. 2 to Angelo T. Mozilo, the perpetually tanned former chief executive of Countrywide and the firm's public face.  Mr. Kurland has raised hundreds of millions of dollars from big players like BlackRock, the investment manager, to finance his start-up. Having sold off close to $200 million in stock before leaving Countrywide, Mr. Kurland has also put up some of his own cash.

Now wait a minute....people need to profit from their works.  I hate the Obama socialism that we all have to be two classes, the aristocracy and the servant class.  However, I do have an issue with someone who made over $200,000,000 as the number two company while ruining clients lives and driving a company into the gutter.  I think most of the Countrywide employees would feel the same way.

In fairness, they state that "Literally, their assistance saved my family's home," said Robert Robinson, of Felton, Pa., whose interest rate was cut by more than half, making his mortgage affordable again, even though he recently lost his job.

But to some, it is distressing turn of events to see the Countrywide team, led by Mr. Kurland, in the business again.  Case and point I say.....

"It is sort of like the arsonist who sets fire to the house and then buys up the charred remains and resells it," said Margo Saunders, a lawyer with the National Consumer Law Center, which for more than a decade has sought to place limits on abusive lending practices.

Mr. Kurland acknowledges pushing Countrywide into the type of higher-risk loans that have since, in large numbers, gone into default. But he said that during his tenure, he always insisted that the loans went only to borrowers who could afford to repay them.   NO HE DIDN'T....BECAUSE THEY COULDN'T REPAY.  HE THOUGHT THEY WOULD, BUT INVARIABLY HE FORECLOSED ON WHATEVER NEEDED TO BE FORECLOSED UPON.

In retrospect, Mr. Kurland said, he regrets what happened at Countrywide and in the mortgage industry nationwide, but does not believe he deserves blame.  NONE OF IT?  SEE THE PRIOR PARAGRAPH.  HE ACKNOWLEDGES PUSHING C/W INTO HIGH RISK LOANS....GIVE ME A BREAK.

But lawsuits against Countrywide raise questions about Mr. Kurland's portrayal of his role. They accuse him of being at the center of a culture shift at Countrywide that started in 2003, as the company popularized a type of loan that often came with low "teaser" interest rates and that, for some, became unaffordable when the low rate expired.

The lawsuits, including one filed by New York State's Comptroller, say Mr. Kurland was well aware of the risks, and even misled Countrywide's investors about the precariousness of the company's portfolio, which grew to $463 billion in loans, from $62 billion, during the final six years of his tenure.

The article goes on an on.  I could drone on about it, but it just doesn't seem right that this sort of thing occurs when the balance of our country is trying to survive because of this mortgage mess.  Your thoughts?

Good to have you on Active Rain.  This is a good site for gathering information and interesting to see what others are blogging about. Contact us if we can be of service to you here in the Spartanburg / Greenville areas of South Carolina. We would be happy to send you a referral or to take good care of any referral you would send to us. 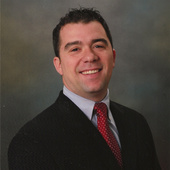