Is it ethical to leave the lending business in 2006 right before the whole industry tanked, and now quietly start a new mortgage company that is taking advantage of people who are losing their homes in foreclosures?

Where are government regulation and the legal system when we need them?

Has anyone heard or seen this new Mortgage Company called Penny Mac? Well interestingly enough it was formed by the ex-Countrywide CEO Stanford L. Kurland. If you think that is interesting, it is even more interesting the company is based in Calabasas, CA. Countrywide's old headquarters was in Calabasas, CA as well.   He left Countrywide in 2006, he knew what was about to occur, unlike the rest of the Financial Community.

Now he knows again, the former president and chief operating officer of Countrywide Financial Corp. is running a new mortgage company that acquired distressed mortgages from non other then Countrywide. He is the chief executive officer of Penny Mac. This is the same person who spent three decades with Countrywide in a number of high level executive positions.

How brilliant, he knows, that Bank of America, (who acquired Countrywide) lost about $1.6 billion in the last few months of 2007 and about $4 billion in 2008, needs help. Penny Mac will raise capital from private investors, acquire loans from financial institutions and basically buy distressed loans and properties for Pennies on the Dollar.

No wonder Laurence D Fink, of BlackRock and Jonathon S Jacobson of Highfields Capital are singing praises of Penny Mac, they are the strategic partners in this venture.

My point to this is, the 'smart big boys' are buying. Why? They know it is time to buy. Too bad the first time buyers, the paranoid buyers, the paralyzed buyers, the ones who have been brain washed by the news media's barrage of bad news and by the politician i.e.: the destroyers of consumer confidence, they are not buying. Hence they will be left behind again. Instead of worrying and asking is this the bottom of the Real Estate Market? They should be reading what is going on in the background.  Penny Mac was formed in March of 2008. They set up and have been working in the background now for about nine months.

So my message to the fence sitting buyers is, it is time to get off the fence and if you want to sit around the fire place in a few years to tell stories that you bought were lucky to buy at the bottom of the market like your parents in the 80's and your great grand parents in the 30's, it was because your Realtor showed you the Proof and you were wise enough to listen to him or her.

If you are a consumer  who is considering buying  or selling  a home,investment real estate, vacation homes, or beach properties in Southern California, Los Angeles, Century City, Westwood,Beverly Hills,Culver City,Marina Del Rey, Venice or Malibu. Feel Free to give me a call  at  310.486.1002 (USA)  or email me  at EndreBarath@TheMLS.Com  or visit one of my websites at http://www.endrebarath.com

Sharon, thank you for re-blogging this interesting article. I agree that this is a great time to buy! I do believe that with spring on its way, more buyers are going to be willing to jump into this great market. It is now just a matter of them being able to get loans to make buying a reality! 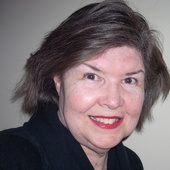