I was looking through some different articles lately and this one stood out as promising.  There was talk about the stimulus plan and the possibility of changes to the Tax Credit for 1st time home buyers.  That is a reality now!  It is better now because there is $8000 being provided and you do not have to pay it back....you just have to hold onto your home for atleast 3 years....that is acceptable.

On the item of the tax credit....I am however shocked that the credit was not passed onto anyone that would purchase a home in 2009 regardless of whether they are 1st time home buyers or not.  This would encourage people to do more.  It would also encourage investors who are having to put more money down to buy some of this extra inventory.  This would be beneficial for the real estate market in all communities!

Anyways....Check out he article below

Could the tide be turning for real estate?

It's probably premature to make that call, but you can't ignore the encouraging signs -- especially when they come in multiples.

First we saw a surprising 6.5 percent jump in home sales for December. Now we've just gotten the latest Pending Home Sales Index, and it's up 6.3 percent, thanks to double digit gains of 13 percent in the Midwest and the South.

The index is based on signed contracts for home sales that haven't gone to closing, but that are scheduled to settle in the coming two or three months.

The National Association of Realtors collects the data from Multiple Listing Services around the country, and most economists accept the index as a reliable gauge of where we're headed in housing activity.

Dr. Lawrence Yun, chief economist for the National Association of Realtors, attributed the upward movement to "buyers responding to lower home prices and interest rates" that have improved the affordability equation to its most favorable level in 39 years.

Sales in the coming months might also be powered by something no index can measure: Congress is likely to improve last year's $7,500 home buyer tax credit by turning it into a nonrepayable incentive for new sales this year -- all as part of the stimulus package on Capitol Hill.

Though it's impossible to predict how many more home sales a true credit might stimulate -- one that doesn't have to be paid back to the government like the 2008 version -- industry estimates range anywhere from several hundred thousand upward, provided the expiration date runs through this coming December.

On other economic fronts last week, reports of tens of thousands of industry layoffs definitely won't help housing, but new numbers on inventories of unsold homes just might be a plus. Total homes for sale on the market nationwide dropped nearly 18 percent last month to the lowest level since May of 2007.

Mortgage rates inched up slightly last week, according to the Mortgage Bankers Association, with thirty year fixed rate loans averaging 5.3 percent compared to 5.2 percent the week before. That's up a notch, but it's still close to 40 year historic lows.

As we've said before on this program: Keep your eyes open for the little statistical improvements in the market that often get ignored by the media: Once they start mounting up, month after month, you'll know we're in turnaround mode.

We're not there yet, but we're headed in a promising direction.

The Coffee is always on, 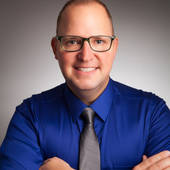 An in depth look at the Kansas Real Estate market and local happenings in the Wichita, KS area!