As if homeowners facing foreclosure are not under enough stress,  people from both ends of the political spectrum have been quick to blame the current economic crisis on people who are in trouble.  Kelsey Grammer calls them evil-doers.  Rush Limbaugh calls them losers.  President Obama says they got mortgages they knew they couldn't afford.

As an agent who has worked with several distressed homeowners, I can tell you that at least for my clients, none of these ridiculous charicatures are true.

I guess we expect that they should have had a crystal ball and predicted an economic downturn that would eventually cost them their jobs, cause their homes to lose value, and make it nearly impossible to re-finance out of their adjustable rate mortgages.  This in spite of the fact that very few people in government saw this coming.

I, for one, am very tired of the name-calling.  When did it become fashionable to kick people when they're down?  Enough, already!

I agree whole heartedly!  Yes there are many who bit of more than they could chew, but there are many out there who have made payments on time and are struggling to keep them up while losing their jobs because companies here would rather send their work overseas, because the companies CEOS got big bonuses and paychecks and let those companies falter, and so on. The blame could go on and on for whos at fault but one thing remains steady, the economy is falling further and further everyday.  As for those with the mighty bucks to be hollering and name calling, maybe if consumers would stop supporting them by boycotting television programs, buying their merchandise and so on, they too would be where many homeowners are today!

#5 is spot on with his opinion.  Kicking people when they are down is no way to go through life as KARMA has a way of coming full circle.  However, even though none of us saw the price decrease it is still part of the free market and we do have to be responsible for our actions.

imo, the evildoers are the people on TV doing loan mods for thousands of dollars, when you can do it for free and get help from a no-profit or government sponsored entity

Sometimes, people are just a few payments late, and that can occur for many reasons.

All they need is a little break. Obviously, that's easier to say in Toronto wherte prices have largely held firm and rose 5.14% last month.

I am annoyed by Rush.  That right there just shocked several people, I am sure...  But, the fact remains that roughly 89% of people are on time with their mortgage.  And they are now being asked to pay for the loans of the other 11%...

But what is worse is that the Congress seems dead-set to pass Cram-Down legislation which WILL RAISE THE INTEREST RATE FOR EVERY BUYER... FOREVER.  Again, this means that a larger population will pay so that a few people can have their problem fixed.

Regardless of how they got there, when people step across the line and start telling the rest of us that WE have to pony up for their misfortune, they stop being victims and start being perpetrators.

Yep, it sucks to lose a job, to be upside-down in value or to be financially behind the 8-ball.  But that doesn't give anyone in that situation a right to take the property of others.  And don't forget, the government doesn't have ANY money.  They have to take it from you and me.  And we don't have the right to say no.  We don't have the right to opt out of bad laws that will raise costs for future buyers.

Name calling and political posturing will not solve this problem. Obama and a lot of very bright people are trying to find a way forward.  It is so easy to be the obstructionist party but that's really why we are in this mess !

"Evil-doers" I had not heard that before.  That is funny, but very misleading.

Let us not forget that former Federal Reserve Chairman Alan Greenspan, a guy that knows a thing or two about finances, several years ago came out publicly and said that Americans would save thousands of dollars if they used ARMs as opposed to fixed rate mortgages.

I am not suggesting that this mess is his fault as people have made these decisions for themselves, but I think that should give this housing crisis some perspective.

Regardless of who we are pointing the finger at, we are still in the same situation.  I'm tired of people spending their time passing the buck, when we should all simply be focussed on finding a more viable solution.

Evildoers are losers. Some buyers did over extend themselves but some did not. Some just lost their jobs, had an illness, or had a family tragedy or sickness and some even suffered the death of a spouse ans lost the spouse's income. Nothing good comes from assigning blame and name calling. It needs to stop. What would happen if all of this negative energy were focused into finding a positive solution?

Excuse me, if your losing your home, You either refinanced to suck money out that you didn't really need (greed) or you bought more home than you could afford or the dumbest one of all you got an adjustable rate think that prices would go up. If your customers are losing their house, which one does your customers fit into.

If I chose to smoke, I will die from it. Whose fault is it. The tobbaco company, the government or my family.

If I chose to Free fall from an airplane and die, whose fault is? the parachute company, the pilot, or the weather mans.

Let start taking responsibility for our own situtation and stop blaming everyone else. What a concept.

I too believe some people need to take responsibility for overbuying.  Not my fault.  I have lived with my means.

No one ever expects to lose their job or the economy to tank, but some of the folks knew that the mortgages could adjust to a rate they couldn't afford. Yes, we need a solution, not finger pointing and name calling- that doesn't solve anything now.

During the Carter and Clinton administrations Fanny and Freddy ( both under the finger of some of the same democrats who are now screaming "Injustice!") were forced through legislation, to supply mortgages to people who would have previously been disqualified. That of course meant, to a large part, minorities. It is called vote buying. Bush warned on numerous occasions that Fanny and Freddy were headed for the rocks but the very democrats who were responsible for implementing the policies that lead to this disaster rebuked him and assured the public that all was well.

Regardless of the outcome and the motivations, had the banks not been forced to provide mortgages to people who traditionally did not qualify, the market would not be in this mess.

One thing is for sure. Obama has now made every tax paying, mortgage supporting American responsible for the mortgages of all those who should never have had one.

You are correct.. it is a shame that one someone is down... they just keep getting kicked... Seems like 2 steps forward and 3 steps back for some people.

Hi Corey & Erika -- Not even the experts (including both the current and previous Fed Reserve Chairman) saw it coming, so how could anyone else anticipate it?

Thank you to everyone who commented.  Whether you agree with me or not, I love to hear what you have to say. It's obvious that I hit a nerve.  I do want to clarify a couple of things.

-First of all, I heard all of the people I quoted with my own ears and I did not take anything out of context.

-Secondly, I am not advocating the idea that people are not responsible for their own actions.  I don't think that it is the taxpayers job to bail out either the lenders or the borrowers.  I am, however, a strong believer in private charity and an even bigger believer in respect and compassion.

-Thirdly, my point is not that every person facing foreclosure is a victim.  My point is that many are good, responsible people who are in difficult circumstances.  They are worried, embarrassed, and some have no idea what they are going to do or how they are going to take care of their children. I know people who had six months worth of savings and spent every penny paying their bills while trying to find a new job, only to find that they had to settle for half of their former salary. The last thing they need is to be called evil-doers by millionaires.

You need to send a copy of your first entry to Rush, to Shawn (sp?) Hannity, to President Obama, and whoever else you can think of.  This is a perspective that is not heard much, but certainly needs to be.   I have not read all the notes people have sent, but I strongly support you and believe as you do, that the people facing foreclosure are not evildoers and did not precipitate the economic crisis.

Thank you for your stand on this whole issue!  Maintain, and pray.

Thanks, Sandy!  You are a great cheerleader!  -Erika

THESE PEOPLE ARE THE VICTIMS AND WE NEED TO TREAT THEM A SUCH. YES, MAYBE SOMEONE THAT GOT A 1 % ARM SHOULD HAVE KNOW THEY CAN'T AFFORD THE HOUSE BUT MOST PEOPLE THAT ARE LOOSING THEIR HOMES OR INVESTMENTS ARE LOOSING IT BECAUSE THEY LOST THEIR JOBS.

I am upset at OBAMA's choice of words. ( I really did think he can do no wrong, walk on water and heal the wounded  but day by day I feel like he is letting my hopes down, I was one of the first to sport a bumper sticker with WOMEN FOR OBAMA....in PHOENIX .... can you belive that.... )

Thanks Elena!  While I didn't vote for Obama, I was determined to give him the benefit of the doubt.  I really hoped he would be great.  But so far.... I'm not impressed! 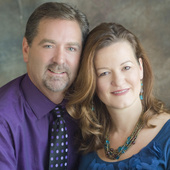