Like:
Home > Blogs > Larry Stanul > Everything Real Estate and More...

As I sit here watching "Meet The Press" this Sunday morning, I am amazed at some of the comments and verbiage that is being used in this economic crisis.  There are words such as:  Crash, Panic, Hysteria, Fear, Trepidation and many more that are causing to some degree, the current lack of confidence in our economic system.

I have felt for many years now, our news media, as good and necessary as they are, have over the years Created the News rather than Reported the News.  And there is a difference.

It reminds me of a story that goes something like this.  And please forgive me to any of you who really know the entire story if I get some of it wrong.

An older man who was blind had a hot dog stand that he owned.  He had been in business for many years and while he never got rich, he was able to support his family in a modest fashion.  As the years passed, he continued to sell his hot dogs and never once raised his prices.  He sold and sold and sold his hot dogs.  People loved his product for a variety of reasons but one of them was because he had a good dog for a very fair price.

Now, one day his son came home from college and was a very learned man.  He was educated and being young, believed many of the articles that were being written in newsprint and other forms of media.  One of the articles that he read and believed was a basic principle of economics.  Every product has a price point and in order to make more money, you need to either sell more product, or increase your price, or both.

He told his dad that he needed to increase his prices so that he could begin to enjoy a better quality of life.   After all, higher prices equate to more profit and more money for you dad.   Now remember, dad was blind and couldn't read the newspapers and therefore never new about such things as price point marketing and P & L statements.  All he new is that he made and sold Hot dogs and paid his bills.

He, being a good and loyal father, dedicated to his family, began to listen to his educated son and believed that his son knew what he was saying.   He raised his prices.  Now, after increasing prices, sales were the same for several weeks but then gradually began to fall.  He asked his son what to do as now his daily income was falling a little.  The son said, dad, your profit margin is not what it should be, you need to once again raise your prices.  Dad listened to his son again and raised his price one more time.  This time, the amount of hot dogs sold dropped dramatically and many of his daily customers found another hot dog stand and began buying from a variety of other vendors.

Soon, the old man had to close his stand as he didn't have enough money to pay his daily rent for his vendor station.

He made one major mistake.  He listened to his educated son, who had all of the good intentions to help his father, but lacked the common sense to let a sleeping dog lie.  The father, as long as he ran his own business, doing well enough to support his family for years, began to listen to another, panic and finally fail.

We all need to go about our business daily as if we know how to generate business and maintain our client base.  Report optimistic news about the opportunity that exists right now.  And never portray the panic that is being reported on all of our news media at this time.

Turn off your TV's ... don't listen to all of the reports about a looming crash...

There is profit to be made in panic. Thats why its a very well coordinated attack by those who control the media and those who will gain by it.

Good point.  The news is all about hype to sell ads, very little to do with actual news and reporting.

I believe there was an article on MSN this week a bout a newscaster that scolded his industry for only reporting negative news & asked for positive stories from viewers.  The station was overwhelmed with the response.

Thanks for your comments.  All well taken.

Excellent thoughts, here.    I constantly suggest to people that they only listen to the media reporting once a week.    The rest of the time they need to be proactive and creating the solutions, in their own personal spheres.     A lot of proactive spheres add up to a "true" total picture.     Of course, the media are always 90 to 120 days behind what's really happening, and people need to know that.    Statistics are about the past, not the present.

Great comments here.  Thanks for reading and for your input.

See you at the closing.

Larry- I think the media serves an important function, and for the most part they are just doing their job and reporting in a way that makes money for them. Our job as people in the real estate industry is to try to counteract what they've been doing by providing people with "the good news". Thanks for the great post!

Excellent thoughts and great post. Have a great day.

Larry, thats a good analogy, however, I believe the situation in this country is much more dire than the media is presenting even though they are using pretty scary words to describe where we are.  The media always underplays or overplays.  Personally, I think we all need to pay attention, very close attention to what is happening right now.

You are absolutely correct Terry.  We all need to pay very close attention to everything.  But, we need to be sure that we do not become panic stricken into putting our heads into the sand.  I have had more than one potential buyer tell me that they will do nothing until they are certain that things are getting better.  Cautious, perhaps.  Smart?  I don't think so.  People make wealth in poor economic times.  We are there.

Thank you so much for your comments.  I learn from everyone. 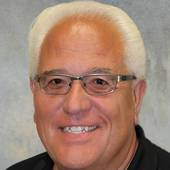