Active on the Market

There are currently 135 total properties for sale asking an average of $200.27/SF (virtually unchanged) priced as low as $149.9k all the way up to $1.35M. Over half of the current inventory for sale (51.85%) are new construction homes. On average , active listings have been on the market for 124 days which is an improvement over January’s 139 days. Only 1.5% of the current inventory are foreclosures.

A total of 13  properties were sold during February (62% jump from a month ago) at an average of $163.33/SF with sales prices ranging from $192k all the way up to $866k. About a quarter of the sold properties in The Heights during January were new developments. On average , sold listings have been on the market for 146 days. Just over seven percent of the solds were bank owned properties.

The current absorption rate for Houston Heights remained unchanged at a healthy  6.78 months - that is, it would take about 7 months to sell all the current inventory at the rate homes have been selling in the neighborhood over the past year. There is a definite disconnect between the price Sellers are asking for their properties and the price homes are actually selling in the area. Currently the difference is about 11.5% which is considerable. Every home is different - that’s true. But if you are in the market trying to sell, you will be facing an uphill battle if your asking price is higher than what it takes to sell by double digit percentages. Without sugarcoating it, the choice is simple:

The numbers never lie - if you know how to read them. 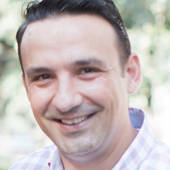