Voters will head to the polls on April 7 to cast their ballot in the Mustang Public Schools bond election. By using a combination of general obligation and lease revenue bonds, the district will be able to have one bond election that will take care of the needs of the district for the next three to five years. The $58 million bond will be sold in a series stretching over several years, keeping tax levels steady with no increase.

HERE IS YOUR PART!

Most of us who live in the Mustang School district are typically left out of Mustang's voting Matter's because we do not live in the "Voting Square".

Approximately $38 million of the bond funds will transform the aging Mustang High School campus, where the average age of the classroom buildings is more than 40 years old, to a facility that meets the standards of a 6A school. New construction, which includes new academic buildings, a media center, cafeteria and commons area, will greatly increase the school's capacity. The new construction will also tie the separate academic buildings together, dramatically increasing the ability to secure the campus.

Bonnie Lightfoot, superintendent, said improvements at MHS have taken a back seat for several years while the district worked to keep up with the student population growth at the elementary level.

"For several years, the Mustang Public School District has been forced to address immediate needs at the elementary level before we looked at the work that needed to be done at Mustang High School," Lightfoot said. "What is necessary at the high school required more funds than we were capable of through general obligation bonds. A combination of lease revenue and general obligation bonds is allowing us to take care of the needs at Mustang High School in a timely manner instead of accomplishing it piecemeal over many years."

The proposed plans call for a two-story academic building to be constructed in front of the Central Building. The more than 79,000 square foot facility would house 28 classrooms and administration offices. It would give MHS a new and visible main entrance. A new and enlarged media center and cafeteria would open onto a new commons area in front of the MHS auditorium. For the first time, Mustang High School would have a visible, secure main entrance, and the classrooms would be under one roof.

A new ninth grade center is also planned. The South Building on the MHS campus would be razed to make room for the new multi-story classroom facility. The ninth grade center would include more than 35 classrooms and move the freshmen back to the high school campus. Administrators made the decision to relocate the freshman after a quality time analysis showed how much instructional time is lost transporting students hourly to the high school campus for classes not available at Mustang Mid-High...continued here

Bonnie Lightfoot, superintendent, said the district put a task force in place three years ago to coordinate the creation of an all-day kindergarten program.

The bond would also make it possible to enlarge the cafeteria at Mustang North Middle School. With more than 900 students in the building, six lunch periods are necessary to serve the students.

If you're not registered to vote or need to change your address, you have until this Friday, March 13th to post mark your voter registration form.

Forms can be downloaded at http://www.ok.gov/~elections/voterreg.html or forms are available at every school and at your local tag agency.

YOUR VOTE MATTERS!!  PASS IT ON! 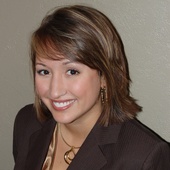 My love of all things Oklahoma including Real Estate