The following is an article from lancasteronline.com  about new apartments being built in Lancaster City.


On Lancaster City's North Prince Street, it's hard to see the downturn in the nation's economy.

All 24 upscale apartments in Ed Drogaris' Swisher building have been rented following a $7.9 million renovation, the real estate developer said this week.

New tenants began moving into the building, at 425 N. Prince St., at the start of the new year. The last of the leases were signed about two weeks ago.


The space between the building and North Prince Street, where three rowhouses previously stood, is slated to become a courtyard for the restaurant, said Drogaris.

Drogaris said he hopes to have the office space leased by May and the restaurant operating by fall.
Related Topics


The building is next to the former Buckwalter tobacco warehouse, which Drogaris renovated. It is now the home to the Brickyard sports bar, office and residential tenants.

He said people want to live downtown and are willing to pay higher rents for an apartment with character. The renovated building has high ceilings, exposed brick, exposed wooden beams, stainless steel appliances and ceramic tile, he said.

"I think people want something that is unique," he said. "It's got character. It's got uniqueness and we're really excited about it."

I had never heard of this event before - great find! 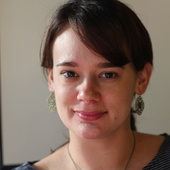