See  the title of this blog? That has been my attitude of late. I think I may need an attitude adjustment..probably like a few of you out there.  I'm really working on it,but here's the problem I'm having-

What do you do when you've moved from a very progressive,fast paced city, with a Realtors assoc. that is on the cutting edge of every new technology to a very,shall we say "relaxed" .. but  very charming,slow paced smaller city?  The latest technology is not a priority with them.  Don't get me wrong.  One of the reasons I moved this past Summer was to get back to a "simpler" life, to smell the roses, walk a little more on the beach,enjoy my family. But now that I am in "the simpler life", it is not as "simple" as I thought it would be.

My problem lately has been with a very "simple" thing- an electronic lockbox.  To me, it's a must for a Realtor. How many Realtors out there use the electronic lock boxes to put on their listings? I own at least 20 of these nifty things.   Where I came from, most of the Realtors use these..even the part-timers! In my new town, most don't use them, and when you tell the Realtors that your listing has a very safe and secure lockbox, I invariably hear a big sigh from the other end of the phone. I have taken this problem on, as my own personal war, against the dreaded combos. How can they not see that using a "combo" from the local hardware store is not safe,smart or professional? And the final straw, was the other day when I heard from a very high source at the local association, that they would probably be doing away completely with the whole electronic lockbox "thing" countywide, because there was so little (may I say NONE?) support.

Maybe I was in the big city too long, and the water got to me..but, we are in 2009, fellow Realtors! And we are swimming against the current, with our life vests unfastened, and the rip currents are taking us out further. Especially in this market, shouldn't we be using every professional and technological advancement to show our clients that we are the best choice to get the job done for them? We are taking no chances by using old-fashioned combos,because this allows anyone to access their properties, without appointments ,and with the possibility of "sharing" codes. This stuff happens..even in small,charming towns.

Just recently, I put a very nice,well priced home on the market. Several calls from Realtors to show it. One comment from one, was to do myself a favor and get a combo for that house, because if other agents can't access it,they won't show it. When I told him/her that I had put a electronic box on, they said "Most of us don't use those things."

Anyone else run into this kind of a thing? How do you deal with it? I really don't want to fall in line behind the others, and conform! It's not my thing. But I do want to "play nice."

Hi Linda~ I can totally understand your frustration. Electronic lock boxes are the best thing to use.  But, if the realtors there don't have the ekey or the supra to get into your box, what good will it do for you?

OUr association has never gotten these approved....I thought they sounded great!  Guess it is a regional thing...

Our association uses combos...Put an electronic lockbox on a listing and it won't be shown...Just the way it is.

Seems like the answer to my question is a "no brainer", but can't I hope for change? I'd like to think I can get some to "come around" to my way of thinking. I'm hoping that I will be such a good spokesperson for "advancement" that they will all see the light! Halleluiah!

With the economy alot of agents here are going back to combos, no yearly fees, 1/10 the cost and we have never had a break i or a crime committed with the combos.

Some say well if you can't afford the cost for this and the cost for that then you need to get out of the business. These are probably the same ones that say let the government tax us to high heaven I don't pay taxes anyway. I don't mind paying for what I can use but I have always said money in real estate is ot in selling homes, it is finding something to sell to Realtors. They will buy anything if another Realtor has it.

Charles...OUR association doesn't have the electronic option so that is where my previous comment came from...My OPINION is that any Realtor, anywhere, can show my listing as long as they know how to turn a dial.

Roll with it and make the best of whatever the area tradition is.

Pat, I agree, they are great. But I think my love affair with them is coming to an end.

Vicki..As I commented earlier..you kind of hit the nail on the head.

Ernie, thanks for the comments.  It kind of makes us sound like a bunch of monkeys,though..Anyone that can turn a dial can show the property. Is that what we want? I get what you mean,though..

Charles, Interesting observations about Realtors, and making money by selling the latest and greatest to them. I think you are probably right on that one. I am one of the ones always digging deeper into my pockets for an "upgraded" something...

Linda - I hear and feel your pain!

Not only does our MLS insist that the entire association use eKey lock boxes, I can't believe the whole country doesn't use them.  What a dream!

Combo lock boxes leave no trail of who entered the premises.  That alone would make me, as a seller, shun the listing agents who don't use electronic lock boxes.  With the advent of Cell phones with infrared technology (Palm has this but apparently Blackberries do not?), I never have to think about whether my eKey has been charged and updated.  It's always charged and ready to go.  And like with the older keyless entry pad, if I'm out in the field and for some reason don't have an updated key, if I can get a cell signal I can update my key.

I'm surprised your board hasn't insisted on the switch, for the extra security it will provide your Sellers.   Talk about a no-brainer.

Andrew..I'm rolling, and I'm trying to "get a grip,girl" as one of my friends from the big city would say. Thank you for your straightforward advice.

Mr. Lietzow.. I agree with you entirely that it is a "no brainer." I don't think I can just accept it the way it is. Just because that's the way they do it, doesn't mean it's the best way.  It's certainly easier to not change and use the old combos from the dark ages! I think I'll need to do a little more thinking about this one..  You've got me fired up!

Around here when we see a combo box we are dealing with a marginal REO agent...  I can't imagine not having access to information like who visited the listing, when... email notification when they are there... papertrail.

Not using them is pretty bad.

Lane, it's the same with the area I am formerly from. The agents that used the combos are the ones that were just barely "hanging on."

Believe it or not..the best agents are not using the supras here..even on million dollar plus listings. What they do is leave the key for the property at their office, and you have to go "pick it up" to gain access to the house, and then return it. Do you think that this is a good way to get as many showings as you can? It certainly doesn't make it convenient for the showing Realtor. Am I not getting something here?

Cameron,  Your are "too" funny, but you may be right! Have I taken on Obamas comments as my own?  Wow..I'm really losing it!

Don't want to say too much more in case this blog is being "watched"!

"Change is good but only if there's no change"...

Isn't that Obama's motto now that he's been elected?

After all, before he was elected he said, "no more earmarks" and after he was elected signed a bill with almost 9,000 them and proclaimed, "It would be good if we can cut back on earmarks in the future".   LMAO

Hi Folks, a third comment here...MY local association, countywide in southcentral PA, does not have the electronic option...Neither do our neighboring counties except one (Dauphin, and they use both)...I guess we're just a little more trusting...All showings here have to be approved by the listing office and our combo isn't given to the showing agent until confirmed by the seller...We know who's going in...And for the most part demand feedback on the showing...We don't have a problem here and we were listed as one of the top ten areas in the country with a POSITIVE price increase in this economy...6.1%

Hi Ernie..Thanks for your interest  (3X!) in this topic. This is a "HOT" button for me. I've sent a letter this am,to the Realtors assoc. in this county regarding the  lack of interest from many of the Realtors here..don't get me wrong..the Brokers, and Association, for the most part, are all on board regarding the use of the electronic ActiveKEY/Supra. It's the membership that does not seem to have an interest. Once you have used one, there is no turning back to the old-fashioned combos. I can understand your thoughts, Ernie, because you don't have the choice so you are making the best of what you have to work with. We do have a choice..and to me the choice of yes or no should be a "no brainer." We are a very upscale community with many high priced homes on the market. I don't think we should be as "trusting", considering our sellers homes and everything inside, is entrusted to us. Shouldn't we be acting in their best interest? I'm glad you haven't had a problem there, and that your market is doing so well..compared to the rest of us.  A price increase? That is fantastic. Is there a large supply of inventory on the market. Are you in a "buyers" market like most of us, or is it evening out?

I much rather use the electronic lock boxes also.  Hopefully you can convince people that this is the better way to go.  People just have a hard time with change.

Wow..a blast from the past..I'm saying to myself..didn't I write that blog? Thanks for resurrecting it. :

You are right that people have a hard time with change. I still haven't convinced the majority, but you have brought it back to my attention..and I'm on it! 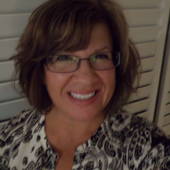 Home Selling about 8 years ago
bookmark_borderbookmark
What kind of a Realtor should I hire to sell my ho...
View more Recent Posts   arrow_forwards

Linda's enjoyed helping Florida buyers and sellers for 17 years. She is licensed as a Real Estate Broker, and REALTOR, and is also the owner of her own "boutique"real estate brokerage in Fort Pierce, FL. She is a member of the National Assoc. of Realtors, Florida Assoc. of Realtors, and the St Lucie County & Palm Beaches Realtors Assoc, and mls.