This morning one of our neighbors called to let us know that a young moose was in our neck of the woods (well, really in our cul-de-sac)! We watched the little gal (at least that is what we think it was) walk all around grazing on trees and shrubs in various yards. It even went up to our neighbors front porch as if to ask to come in! Having been sick this week, I took a few pictures and then went back to bed for a bit. About an hour later, our neighbor called again to say that the moose was taking a nap in our flowerbed outside my office window. Hmmm, this I have to see! Unfortunately, I couldn't get a very good picture from the office window as she was directly below it. I was able to get one of her getting up (three hours later) and walking away. Meanwhile, we had countless neighbors drive and walk by taking pictures as  moose news travels fast! My neighbor said that she got a good picture from outside which is nice since we were stuck inside so we didn't disturb her. I even had to call and reschedule the FedEx pickup since we weren't sure how long she was going to stay. At about noon, she got up and decided to walk down the street. Shortly after that, the  kindergarten school bus dropped off the morning kids so they got to see her too.  You may remember a few posts from those of us in Spokane, WA about the amount of snow that we received this year. I'm sure that has something to do with our visitor today but we also seem to get a few moose visits per year. Last summer, there were a mom and baby moose in our development (my husband thought they were lawn ornaments at first) but they were near the park which is a few blocks from us. Since we live in a cul-de-sac, this is a rarity! I'm sure that my kids will be talking about this for weeks to come. My almost three-year-old daughter is worried that it will eat her though I have done my best to assure her that moose are vegetarians!

Awwww, that lil moose looks absolutely delicious adorable.   Little known fact, the moose is the most dangerous wild animal in Canada.  google it up you doubters!

how beautiful. I've never had the pleasure of seeing a moose up close!

Such a wonderful story and absolutely gorgeous pictures. I envied you when reading and watching. this was a terrific sighting

Robert- I have no doubt! That is exactly why I took pictures from INSIDE the house!

Geri- This was the closest that I had been to a moose. I am in awe that there was only about 3 feet (and a wall) between us for a few hours!

Jon- We were very lucky and I am glad that my husband and kids were home to see it. I guess there is a positive side to the family all being sick!

She loods so sweet and how cool to have the up close and personal!  :)

Good Grief.  I thought I was watching Northern Exposure.

Now that is funny..around these parts, we have deer running around through our yards... I've never seen a moose.. :)

Alright, alright, I know. None of them compare to a moose. I tried. LOL

Linsey- It was the closest I have ever been to one and my kids we thrilled too!

Lenn- That's what it seemed like. How often do you see a moose walking down the street? She came back again yesterday though and my mother and kids took more pictures!

Konnie- I have never seen a deer in the neighborhood though they are more common in the area.

Ann- I think she is hungry. She was nibbling trees and at some bird food that a neighbor dumped out for her. She is pretty skinny and I hope she makes it.

Marie- I'll bet the moose would still eat a bit of your hay. The poor thing really needs it!

Russel- You funny guy! Do you really see ants this time of year? :-)

What a friendly chap !!! ... he probably just wanted to join your neighbor for dinner !

... certainly not a sight we see down here in the NY City area, so these pictures were a treat !

Moose for dinner anyone? J/K! Wildlife makes any day better, here in Utah we see deer all the time, but not moose! These pictures are fabulous, and I am happy you could share them with us. Thanks Libby!

Libby, what an adorable animal! We do not have Moose here in Texas. Great pictures!

I have tons of deer in my yard on a regular basis, but I have never seen a moose.  How awesome!

Libby - That was some excitement on your street.  I am sure the neighbors will talk about it for years.  Glad you were able to get a great shot.

Too funny! You had to reschdule your Fed Ex pickup because the moose parked its caboose on your lawn.  Not a problem we have here in Orange County : )

I wouldn't know what to do if I woke up and saw that on my front porch. Just the little foxes and coyotes make me cautious in the early morning and late evening.

Thanks for sharing your experience and your photographs. 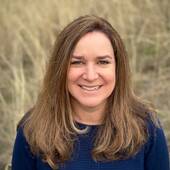