In 2009, the Pro Football Hall of Fame celebrates it's 46th year. Since opening in '63, the Museum has grown in size and with that came expansions for new galleries. This is a sports showplace. And if you have not been to it-plan a day to stop by! Even if you have visited years ago-come again! It ain't your grandfather's Football Shrine. This place is amazing. And Canton, Ohio is pleased and proud to have it here. Today, as the annual Pro Football Hall of Fame celebration has grown-it now takes over 4,200 volunteers to pull it off. I am proud to be one of those volunteers. It's planning time and our mid-summer event is taking shape. We have been working on the details since mid January.

Since those early years, the Pro Football Hall of Fame and Canton Regional Chamber of Commerce have joined together to host the yearly enshrinement and celebrate the induction of football players, coaches and contributors into the Hall of Fame. It's a festival and it's a party! Stark County comes alive with festiveness that attracts visitors from around the country and from the world. The various events span over 11 days and has more than a dozen unique events. We enjoy national coverage during those days. Canton, Ohio is in the spotlight and we shine. Canton and football is always a winning combination at all levels.

We hope you will join us for a one of a kind celebration! The Pro Football Hall of Fame Enshrinement Festival will entertain you with football, food( ribs-yum!), fireworks, fashion, celebrities,floats, music, hot air balloons and so much more.The Buffalo Bills and Tennessee Titans kick off the 2009 NFL preseason in the Hall of Fame Game on Sunday, August 9th. It is played in the Stadium adjacent to the Hall. The Pro Football Hall of Fame is located in Canton, Ohio, in the northwest corner of the city, just off Interstate Highway 77. On August 8th, the newest members of the Pro Football Hall of Fame - Bob Hayes, Randall McDaniel, Bruce Smith, Derrick Thomas, Ralph Wilson, Jr. Rod Woodson - take their rightful place in the Hall. Several days preceding these dates are when the other main events happen. Your invited.

Why Canton for the Hall of Fame Site?
The Pro Football Hall of Fame is located in Canton, Ohio, for three primary reasons; (1) the American Professional Football Association, later renamed the National Football League, was founded in Canton on September 17, 1920. (2) the Canton bulldogs were an early-day pro football power, even before the days of the NFL. They were also the first two-time champion of the NFL in 1922 and 1923. The great Jim Thorpe, the first big-name athlete to play pro football, played his first pro football with the Bulldogs, starting in 1915. (3) Canton citizens early in the 1960's launched a determined and well-organized campaign to earn the site designation for their city.

Living in Canton, Ohio has many benefits. And it is rich in history-not just football history. I call Canton my Home Sweet Home. I grew up here and remain. It has been a great place to raise my Daughter. She is in college now.  I still own my first home and may just now be thinking about selling and down sizing. But I will remain in Canton. My next home or condo will be in the center of all I love, here in Canton.

If you are considering a move to Canton from across the country or just a move across town-Call me. I can help from beginning to end.

If you would like the full '09 Festival Events Calendar-I can email it to you! Just ask. 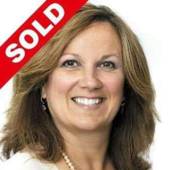 Home Buying about 13 years ago
bookmark_border
On to the New Year...but we still have memory maki ...
View more Recent Posts   arrow_forwards