EXIT Realty of Beaufort recently hosted their 8th annual awards ceremony. This first class affair was held at the new Beaufort Board of Realtors facility. The top producing EXIT Realtors in Beaufort SC were recognized for their outstanding performance and contributions in 2008.

Janice was awarded a trip to the 11th annual EXIT convention at the Gaylord Convention Center in Washington D.C. this upcoming October.

Donna and Karl Mack who run Sea Island Rentals for EXIT Realty were recognized for the outstanding performance by increasing property owner revenues by 15% from 2007.

Richard Neill was honored with the Golden Hammer Award for his consistent performance and determination throughout 2005. 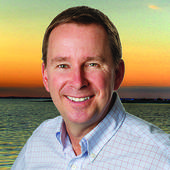