Customers dropped in the other day.  They had heard on the radio that housing values were up here in the mountains, specifically Chaffee County, and decided it was time to jump on the bandwagon and get a property of their own.  Now I had sort of thought that values had not dropped any...or at least much...in the last year.  So I decided to check out the source.  What I found was that although total home sales for 2008 were down by some 30%, the average sale price was up by nearly 8%.  That really isn't a true value of property values...which I think have held pretty well, but it may be a significant number...or not.  The number I would like to see go up would be the numer of sales.  I'll have to wait on that one. 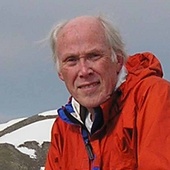 about 11 years ago
bookmark_borderbookmark
The mountains are coming to life.
View more Recent Posts   arrow_forwards