Did you know that Henry Paulson, George Bush's Treasury Secretary, was the ex CEO of Goldman Sachs?

Did you know it was Paulson who led a team of regulators and bankers in early September 2008 to determine what to do with the most severely wounded financial institutions and that one of the participants in those meetings was Lloyd C. Blankfein, Paulson's successor at Goldman Sachs?

It was this team of advisers who recommended that Lehman Brothers, a competitor of Goldman Sachs, be allowed to fail.

The same team of advisers recommended that AIG be bailed out with taxpayer funds. It is alarming to learn that with the first $85 Billion AIG received from the Fed, $12.6 Billion was used to pay a debt owed to Goldman Sachs.

In 2006 when Bush nominated Paulson to become Treasury Secretary, Paulson owned over 4.5 Million shares in Goldman Sachs, estimated to be worth over $700 Million. Obviously Paulson was extremely well connected and had many friends who had a vested interest in seeing Goldman Sachs stay afloat, and if that meant keeping AIG afloat, then so be it.

According to Bloomberg.com, "While he (Paulson) invested $10 billion in Goldman Sachs in October (2008), twice as much as Buffett did the month before, Paulson gained certificates worth one-fourth as much as the billionaire." Obviously Warren Buffet made a far better deal to acquire Goldman stock than Paulson did, using taxpayer's money.

As per an article on Bloomberg.com: "Paulson’s warrant deals may give taxpayers less profit from any recovery in financial stocks than shareholders such as Goldman Sachs Chief Executive Officer Lloyd Blankfein." (Remember Blankfein was one of the participants in the "bailout meetings".) Buffett received 43.5 million Goldman Sachs warrants valued at $82.18 a piece on the date of the transaction, or $3.6 billion, Bloomberg analytics show. Paulson, who served as the New York- based bank’s chief executive officer until 2006, injected twice as much taxpayer money into Goldman Sachs a month later and got 12.2 million warrants worth $72.33 each, or $882 million.

If the Treasury had received the same terms as Buffett, taxpayers would have become the biggest investors in most of the bailed-out banks and existing stakes would have been diluted, according to data obtained by Bloomberg.

Despite this unbelievable conduct, management at Goldman (and AIG) continue to treat taxpayers with utter contempt while receiving additional bailout funds.

Doesn't it just boggle the mind?

I've been looking at the AIG connections to Sachs this week and, believe it or not, the pieces of the puzzle have come together.

We knew the bailout payoff to Goldman Sachs was the Paulson connection, but the back door payoffs from AIG to Goldman Sachs just came to the surface.  I've been wondering how AIG could burn through $170Billion.

Now, the pieces of the puzzle are all there.

See article on Amid AIG Furor, Dodd Tries to Undo Bonus Protections He Put In

WASHINGTON (CNN) -- Senate Democrats want to tax the controversial bonuses doled out to AIG employees who work for the division that led to the company's downfall.

Senate Majority Leader Harry Reid announced on the Senate floor Tuesday that the tax-writing Senate Finance Committee will pursue a legislative fix in such a way that the "recipients of those bonuses will not be able to keep all their money -- and that's an understatement."

"I don't think those bonuses should be paid," Baucus said Tuesday.

Where are the Senate Republicans today?

Stewart I submit for your reading pleasure the following:

Current campaign regs prevent direct donation by corporations, but the combined gifts of the executives of companies is generally accepted as the political inclination of the company.) On the other hand AIG and its divisions have given heavily to both parties, but significantly more to Republicans. "Republican candidates received $1.54 million, 29 percent more money than Democrats' $1.19 million."  They were especially generous with state political parties and caucuses. "AIG and member companies gave $2.1 million to state political parties and ballot measure committees during the three election cycles. Party committees received nearly $1.5 million, and almost $650,000 went to ballot committees. State political parties and legislative caucuses in 19 states received money from AIG member groups. Republican committees received $1.2 million, more than three times the nearly $319,000 that Democratic committees received. AIG contributed to both Democratic and Republican committees in 11 states: California, Delaware, Florida, Georgia, Hawaii, Missouri, North
Carolina, New York, Ohio, Oklahoma and Virginia. The California Republican Party received the most funds from AIG members: $910,000. The American International Group gave $125,000 and 21st Century Insurance contributed $785,000 in 2002 and 2004. The New York Democratic Party was also a top recipient of AIG money, getting $122,500 from three AIG member groups from 2000 to 2004. The Florida Republican Party received $105,000." (page 4-5 of the same Institute on Money in State Politics document footnoted above)

In 2008 AIG and its subsidiaries spent 9.7 million dollars in federal lobbying, 53k for everyday congress was in session, down from 11.4 million in 2007.

I personally think that both Paulson and Bush should be tried for Treason based on the goings on after Paulson was Treasury Secretary.   This man is unconscionable.

Stewart - Secretary Giethner was the President of the New York Federal Reserve that funded the 85 Billion dollar loan to AIG and he was in charge of allocating the first tranche of 350 billion dollar bailout. He should be held accountable for the terms of the loan and the allocations from the first tranche.

Stewart,  Very interesting and informative post and response to comments.  I may have to refer back to this from time to time.

I see many here strongly defending the AIG bonuses saying they were contractually obligated to pay them. Interestingly enough, the same people wanted to renegotiate the auto workers contracts months ago for a fraction of the bail-out money that AIG received.

Mar 21, 2009 05:46 PM
LIKE
#7
You must sign in or register to leave a comment
Login Register
Show All Comments
Older Post Newer Post
Back to Top
Generate More Leads from this Listing
With a Trulia Pro Account
Learn More
Find what you need?
See More Blog PostsAbout Real Estate! SEE MORE NOW!
Rainmaker
494,630 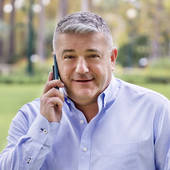