Like:
Home > Blogs > Linsey Ehle > Linsey Ehle's (linseyplaneta) Blog
So many of the media numbers focus on Orange County performance, but real estate performance can vary dramatically within our large county and particularly at various price points.

Today's Microscope on the Market focuses on Coto de Caza.

If you aren't from Orange County - yes this is the home of the infamous Real Housewives of Orange County, although I can't say that the friends that I have living in Coto are anything like the woman as depicted on that show. It's really a beautiful gated community with homes in a wide variety of prices ranges. But I won't kid you - some of the highest priced homes in Orange County are behind these gates.

Although clearly, there is not a lot in Coto in the under $500 market, the buying behavior is similar to other parts of the county - all 5 that are in escrow and the 1 closed sale are all either bank owned properties or short sales.

This was one of the rare instances where current equity sellers in escrow actually exceeded the active listings that were equity sellers. I'm not ready to ready too much into it - we are only talking about 6 sellers.

Given the wide range of values in the upper end of the market in Coto, I think it's important to take note of just a few things in the over $750,000 segment:

While the residents of Coto de Caza may be used to having a longer time on the market given the price point, there is no question that they are certainly feeling the shift in the market at the higher end as well.

We have seen the high end somewhat insulated until recently, but when you seen see such a significant drop in purchases at the highest end, you know that no one (not even the 'Real OC Housewives') is protected.

*Closed Sales are properties that have closed within the last 30 days from the time of this writing.
**All information and statistics are from SoCalMLS and are deemed reliable but not guaranteed.
If you have any questions about market conditions for Coto de Caza, feel free to get in touch with me. I'm happy to help try to make sense of it all.
Originally posted on OC Real Estate Voice.
LIKE
close 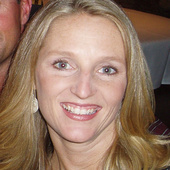