Since I wrote the Short Sale Primer the short sale methodology used by lenders has morphed several times.  It is a different animal than it was almost 10 months ago.  The passage of time requires that the original article, which was very popular (thank you) be revised to reflect new policies by the lenders.  I have also added several pertinent links to more detailed discussions on the various subjects in this article.

Short sales are nothing new.  When I represented a few national lenders for all of their foreclosures in the State of Florida several years ago, we negotiated "loan workouts" which are now called "short sales".  Since loan workouts have been around so long, I did some digging with my old pals that were the executives I worked with in the loan workout and REO department of these national lenders (one of the lenders has since been merged into Bank of America).

I found one in Atlanta, one in Texas and another in Washington.  Our discussion about short sales showed that nothing was new under the sun - the formulations and decision making processes were unchanged from 15 years ago - and only some of the terminology had changed.  Another executive of that lender was found in Florida and she now works with me in the client management and lender negotiation of our client's loan workout situations.

Short sales are a process of "shorting" the debt (the mortgages) encumbering a parcel of real estate (the house or investment property).  Shorting the debt means that the person holding the debt (the lender) agrees to release its lien on the real estate for less than the amount the lender is due according to the promissory note. Last week I sent a fax to the Associated Press because they keep writing that a short sale includes the forgiveness of the deficiency on the note and mortgage.  That statement is completely false.  A full explanation of the various types of short sale scenarios - some with and some without forgiveness of debt - is in my article link LENDER SHORT SALE ACCEPTANCE LETTER EXAMPLES - READ WITH CAUTION!

The explanation is simple.  The execution and the details of a short sale are highly complicated.  The chemistry of each short sale situation is not identical and quite often the goal you want to achieve is a moving target seemingly and frustratingly impossible to reach.  More detail in some of the methodology to a short sale is in a previous article (see link - What do I do? - I can't pay my mortgage).

You can read discussions on who qualifies for a short sale in a previous article (see this link  Some Sellers Think They are Entitled to a Short Sale and Economics 101).  Technically, everyone can qualify for a short sale.  To understand this we need to become more, well, "technical".

Logically, a lender is not going to want to keep a secured loan on its books where it has evidence that the security has decreased in value dramatically and the loan to value ratio under which the loan was originally made is now "upside down", meaning the current market value is less than the amount of the loan.  The portion of the loan that is not in compliance with the original loan to value ratio is, for bank auditing purposes (or investment valuation purposes if the loan is not a portion of a mortgage backed collateralized security) a liability and therefore is not considered secured.  That is bad since it makes the lender set aside reserves of cash for the lack of value in the loan.  The lender needs to do something to change that situation.

Depending on the language in your mortgage or your promissory note, the valuations being upside down could be reason to put your loan into breach and accelerate the promissory note.  I have not seen this done as of yet by any residential lender.  But technically, if a property is in this upside down situation, the loan could already be technically in default even if it is "current" in payments.

Often, the desire to unload the upside down property is made based on economic calculations made by the owner of the property.  Those calculations usually show that it is better to take a loss now of a known amount of money rather than continue to pay interest, insurance and taxes in excess of the income from the property for an unknown period of time until rental or property values increase so the economic cash drain is reversed.  I call this "quantifying the economic cost of ownership of the property".

In other cases, usually where the borrower has become financially distressed but also where the borrower is asset rich but presently is lacking liquidity (I call it "financial indigestion" or "real estate rich - but cash poor"), other arrangements satisfactory to the lender can be accomplished.

These other arrangements usually come in two flavors: (1) providing alternative secured collateral to the lender, such as a first or second mortgage on another borrower owned property that has equity value, or (2) having the borrower sign a new or modified promissory note that is unsecured and payable over a fixed period of time, usually 3 to 10 years from the date of the short sale.  Depending on the financial circumstances and the lender -borrower relationship, interest can be at market or even at zero.

Where the borrower is experiencing extreme financial hardship and there is no horizon (projected end) to that hardship a third alternative can occur - actual forgiveness of the unpaid amount due the lender.

Short But Important Reminder On The 1099 -

This leads us to the issue of the unpaid portion of the short sale.  Many lenders will not provide a release of the balance due.  This causes some good and some bad issues for the borrower.  The good part is that without a final disposition of the unpaid portion, the borrower has not received any phantom income (i.e.: that 1099 stuff).  This good news does not last forever.  Once the statute of limitations on enforcement of the promissory note expires, then the borrower has that income to report to the IRS.  The bad news is that the lender very well may sell the unpaid promissory note to some investor for 5 or 10 cents on the dollar and then that investor will definitely come after the borrower for as much as they can get above that 5 or 10 cents on the dollar.  The small element of good news here is that as long as they are trying to collect on the unpaid portion, that unpaid portion is not income that the borrower has to report to the IRS.

As a short reminder, the big deal about 1099's is really an illusion.  1099 or no 1099, if the debt is forgiven the borrower has income to report to the IRS.  No exceptions!  Too many people come to me and say they want me to negotiate with the lender so that they don't get a 1099.  I ask them why?  They tell me that if they don't get a 1099, they don't have to report the income they would get on the debt they did not pay.  The next question is why does the bank get to decide what the IRS usually has jurisdiction to decide?  The answer is of course that the lender giving a 1099 means squat - unless the borrower is intent on committing tax fraud by not reporting income.  There is relief available to the borrower are two opportunities to not recognize up to all of the income.  These are discussed in detail in my article called (see link) Sellers Always Have Income and include the 2007 Mortgage Debt Relief Act.

Beginning in March 2009 a new government incentive involves "financial encouragement" to lenders to reduce the principal obligation of a mortgage under certain circumstances.  This reduction in principal will trigger a 1099C cancellation of debt.  However, since the program targets primary homes, those whose borrowing qualify under the 2007 Mortgage Debt Relief Act will be able to use the exemptions in that Act to exclude the income generated by the debt forgiveness.

Modification of a mortgage loan is a fast developing part of the housing recession resolution solution.  Not everyone is entitle to a modification and even someone with a high interest rate that cannot refinance in this current financial market may not be qualified for a loan modification.  Numerous factors are in play in determing if a loan modification is justified and chief among them is ability to pay - not desire to pay.  Generally speaking, if your total housing expense is more than 38% of your household income, you should speak to a professional to discuss if you are a modification candidate.  Yesterday an attorney who has a housing expense of $25,000 called me to modify his mortgage.  He told me the $25,000 was about 10% of his household income, but the mortgage debt was about 110% of the value of the home.  That lawyer is not a modification candidate.

Note that these are the general parameters that we have seen over several years of dealing with loan workouts.  There are always exceptions where the decision of the lender is simply without logic.

Illogical example #2 - The borrower owns two businesses and shows annual gross income of $500,000.  Borrower has 4 homes all investment and lives in another (5 altogether).  Lender accepts a short sale on one investment home at 10% under value, leaving $70,000 short on the mortgage payoff.  Borrower asks for a letter of release from the lender that it will not pursue the shortage on the promissory note and the bank gladly provides that letter, letting the borrower off from every having to worry about the shorted promissory note.

I call these the "bookends" to the short sale definition of what fits the parameters of the banks.  As you can see, even the bookends can be moving targets, since neither makes any sense.  Fitting everything else in the middle leaves a really big gray area on the fringes of the middle!  For more examples of how it is impossible to reliably predict the determination of the lender on the status of the shortage, see link SHORT SALE DEFICIENCY DEMANDS AND DEFENSES - The Interstate Highway Analogy

No Science To The Short Sale -

You have probably heard about the one, two or even three months to get the bank to even start to move on a short sale application.  Again, this is hit and miss.  This winter we made two presentations to the same lender, one in early March and one in mid April.  Same neighborhood.  The April package got a BPO call from the lender in only 2 weeks.  We are still waiting on the March package! (Yes, we confirmed that the lender has it and they confirm that they are working on it).

When I first wrote this article it appeared that most lender loss mitigation department personnel are carrying 500 to 600 files per person.  Some lender loss mitigation departments have cut that down to 200 files per person.  We feel the best opportunities for success should be on the packages that are clear cut, summarized, and organized.  But each package must be accompanied by someone that will call the lender to get status reports on the package at least weekly. I was amazed with one lender when we called them to ask why the lender had not even acknowledged that they received the package.  Incredibly, the answer was that they take no action on any package received until someone calls to find out the status on the file!

Short sales have a long history of being in the arsenal of lenders for loss mitigation and loan workout issues.  Used properly, the short sale can be a tool to the lender and the borrower and an opportunity for a buyer with patience to obtain a relative bargain in the marketplace.

Thank you for reblogging this. i sure missed this one and am reading it now. 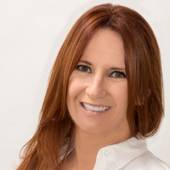