The most typical buyer for Real Estate in a recent study done by CAR the California Association of Realtors in 2006 has been the Internet Buyer. The internet buyer is wealthier, younger, better educated and probably married than your traditional home buyer according to the survey CAR conducted. Also, internet buyer reported being more satisfied with the home buying process than the traditional buyer.

But in the last several years per CAR the two types of buyers have been converging and the survey that was done examines this issue.

The use of the internet has changed the way business is done between the buyers and their Realtors as well as the way business is done through the Real Estate industry. The role has improved the Realtors
role in the real estate transaction because of the way the homebuyers have been using the internet as very useful tool in their home buying process.

Using the internet the nice out of ten internet buyers said the internet helped them understand the home buying process much better and also indicated that they were more in contact and in better communications with their Realtor along with faster response times.

Because more internet users have faster access to online information, they are able to receive quicker information about products and services. This same need for quick information has also been used for learning more about the home buying process and how it works and to help them be more educated and return this give the buyers a sense of control over the process when buying a home.

Other Findings by CAR

That's good information. An interesting stat here is that an Internet buyer spent only 2.2 weeks looking for a home vs. 7.1 weeks for a traditional buyer. I'd say that's significant.

Like
Brad Andersohn
Executive Director of Education at eXp Realty - Fairfield, CA
ActiveBrad - 707.646.1876
Hey Randy - great post, welcome to Activerain!!   :-)
Like
Caroline Carrara
EWM/Christie's-Las Olas, Real Estate - Fort Lauderdale, FL
And that is why you are savvy enough to end up here, blogging on AR. Welcome Randy!
Like
Back to Top
Newer Post
chevron_right
Rainer
3,550 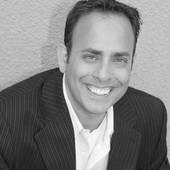