Historically huge amounts of public funds measured in trillions of dollars are being allocated to private corporations who are then using the taxpayers money for protecting and preserving the status quo, rewarding wrong doers, and buying influence with politicians in office. Here is a quick review of their actions to date.

Congress approves 700 Billion in TARP funds without enacting adequate constraints on the use of these funds, sufficient regulatory oversight, auditor insight, or any legal means to seek corrective actions. The taxpayers money in TARP has been used to:

In addition to these TARP actions the Federal Reserve, the FDIC, and the Treasury are making guarantees, purchases, and allocations without congressional oversight but with the apparent authority to obligate public funds. The amounts are mind boggling. Yet there is no relief in sight for Main St. 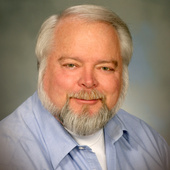