A bold statement to be sure in these dark and gloomy times.  However, as author, politician and former Governor General of Canada, Sir John Buchan said "Those who cannot learn from history are doomed to repeat it". So let's look at a little recent history.

Back in the beginning of the 1970's, Pierre Elliot Trudeau was Prime Minister of Canada and you could buy a house for an average price of $30,000 *. The first big oil price shock happened in 1973-4 and people lined up around the block to gas up their cars. A recession quickly followed. The government turned on the taps of spending, lowered interest rates and the average price of a house spiked to $44,000 *.

By the late 1970's Joe Clark very briefly became Prime Minister of Canada and the average price you paid for a home was $69,000.

The early 80's gave us another oil price shock and interest rates reached the lofty heights of 21% in 1981 resulting in a very severe recession. It was heard said that "no one will ever buy a house again". $90,000* was the average price of a home in 1981. Government again turned on the spending taps and eventually lowered interest rates and increased the money supply.

We entered the 1990's with increases in interest rates to choke the supply of money and bring inflation under control. Add the GST and Free Trade into the equation and a severe recession followed.

As the recession lingered interest rates were reduced, the supply of money increased and the spending taps of government were turned up full throttle again.

The easing of interest rates began to work their way through the economy and by the new millennium in the year 2000 average prices had recovered somewhat to @229,000 *.

In the early 2000's the shock of 9/11 and the stock market tech bubble had central banks reducing interest rates and increasing the supply of money. December 2008 saw the average price of a home sitting at $316,000 *.

Inflation Will Be Back

With each shock to the system Government response has been to reduce interest rate and increase the money supply. When the supply of money is increased ultimately inflation will increase. To keep up with devaluation of the currency the price of fixed assets will rise.

History shows us that with each reduction in interest rates and increase in the supply of money house prices have ultimately recovered and surpassed their previous high's to keep up with inflation.

That's what is happening today. Interest rates are at their lowest levels in decades, home prices have fallen and Government all over the world, including our own in Canada are turning on the spending taps big time. Inflation is sure to follow.

So if you are a first time home buyer looking for Mississauga Real Estate or Toronto Real Estate, you can take advantage of lower house prices and cheap mortgage rates and remember the words of Sir John Buchan ""Those who cannot learn from history are doomed to repeat it"

John, I appreciate this great and brief historical precis.  I'm going to refer my clients to this article, especially if they've been reading the papers and appear to be getting misled by popular media.  Cheers and thanks again.

Thanks fopr stopping by and commenting Jark. It is nice to know past posts still have some life. 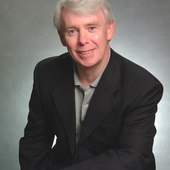