This is one of my all time favorite posts, so I just had to share it! You read correctly. I failed because of Purple. How many times have you been exposed to someone else's poor excuses? We all have; in fact, we have all used lame excuses...

A long time ago, when I first became a real estate agent I was terrified. First of not getting any business, and then once business came, I was nervous about getting the business - what would I do next? In the beginning, I called Expireds. I guess we all do, right? I called one, and it went well. I was informative, I handled objections delicately yet firmly. I was going to get this listing, I was sure of it.

I was to make a follow-up call. I knew that when I called, I would be setting up an appointment. But I did not have a decent Listing Presentation. I put the call off a day and tried creating a tailored listing packet for this potential client. I put the call off for two more days. Oddly, the copy place was on the other side of town, and I did not have the right thumb drive. Some publishing program was not working on my home computer, and... another few days went by. I finally got my act together, double-checked the MLS. And would you believe it? The guy had listed with another agent! The nerve...

I was working hard. Or so I thought... I made excuse after excuse because I was scared - scared of having the right packet, scared of giving the presentation, scared of being new, scared of being rejected. I blamed everyone (the gal at the copy place, the Starbuck's barrista who filled my coffee too full so it would spill onto my lap, thus ruining my "presentation" outfit...) and everything (home computer without the right publishing program, the lack of a decent cell phone, forgetting to add my college degree to my resume page of the listing presentation...)

Fast forward to a couple of months ago...

I was sitting on a conference call for an Accountability Group. We were speaking to a recruiting team leader down in California, who remains ever-optimistic, motivating, and on fire. He clearly presents a case for the art and game of sales, and then challenges us to develop a retort.

He preaches against bad excuses in this group. "I couldn't call 12 people because of this or that". "The other agent didn't ask the right questions." And he would interrupt folks and say "Purple". It would stump anyone trying to get through their list of excuses. Purple. It was annoying. But it was also irritating to hear feeble excuses. Comic really. Because when you are on the listening side of things, bad excuses can really sound silly.

Whatever the excuse may be, just tell the truth. Say you did not know what to do. Say you were caught off guard without an answer, any answer. It is okay to say you were lazy, you were scared, you gave up. Because anything less than the truth is an excuse. Excuses are senseless and weak; they do not explain anything. They are utterly useless. Just like the word Purple when it is thrown out there in the cosmos with no noun to describe. Just Purple. Makes you grin, doesn't it?

When throwing out a lame excuse, you might as well be saying Purple. It makes about as much sense. In our office now, when someone is dragging their feet, not meeting their goals, getting fussy, we just say Purple out loud. It makes people stop and say "what"? Then it dawns on them what they are saying. It works. Try it sometime. (I even say it to my children who are 6 & 4, and it silences them).

We can see through it most of the time. And if we as agents can, then our clients can. The next time you find yourself making an excuse to a fellow agent or a client. Ask youself this quesion: Self, could someone just yell out Purple to me right now? If you answered Yes to yourself, then stop speaking, take a deep breath, and tell the truth.

Even if the truth is wistful, it is more respectable.

I failed to get the Listing because of Purple. Do not let Purple happen to you... pass it on. Thanks for reading.

I'm glad I saw this...very funny, but oh so true.  So many times, we fail to take responsibility for our own failings...even when they're staring us in the face.

well in this case I know that purple has been responsible for lots of going ons. This was a great eye opener! Thank you.

Lola - you are so right. We all need to be accountable.

Konnie - I think it will work great on kids!

Sharon - thanks for stopping by. Poor purple will get blamed for everything now :-)

Thanks for sharing this, Lara.  It makes perfect sense, really, and makes you think really hard about what you say to your customers and contemplate what the "listening side" of the excuses sounds like.  I've never really thought of it from that perspective before.  Great food for thought.

Angela, I'm glad that this post spoke to you too. It really does make sense.

My absolute favorite color! What a great post!  Thanks for sharing Lara.

Debra, thanks so much for stopping by. 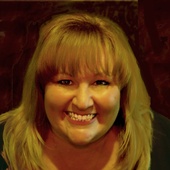