Well I have made many observations since my last blog and have been blogging in my head for days but just now getting the chance to put the fingers on the keyboard....

observations in / around Richmond VA

Brokers and agents reports of Open House traffic over the weekend are outstanding.  Sounds like the Spring buyer traffic has arrived.  I actually noticed several "pending" and "under contract" sign riders while driving today.

Auctions last Thursday drew 5 bidders at one property and 7 at the other-- both are under contract.  That said, prices were lower than sellers wanted but good enough to solve the problem and let people get on with their lives.  There are so many foreclosures being sold now that they are the competition for all sellers-- if anyone wants to be competitive in the marketplace, they have to be priced at foreclosure prices.  It is my hope that they get cleared out of inventory SOON.  Buyers are still KING and they know it.

Of all property transfers last week, 22.6% named a bank as either buyer or seller.  The Richmond area has hovered around that number for the past 5 weeks... at least it's not getting any WORSE.  And with the reduction in foreclosure actions taken, this percentage should come down in the coming weeks.

I don't think it's my optimistic imagination-- we seem to be digging out. 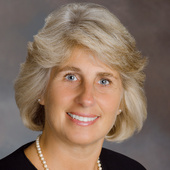