Is it possible that new home starts and new mortgage applications were up in February? The following is economic update info courtesy of one of my fave loan guys.

The Commerce Department reported that housing starts unexpectedly jumped 22.2% in February to a seasonally adjusted annual rate of 583,000 units. This ended the longest streak of declines in 18 years. Economists had anticipated a 3.4% decline to 450,000 units. Leading the surge was an 82% increase in the building of multifamily homes - condominiums, apartments and townhouses - to 226,000 units in February from 124,000 in January. Housing starts for single-family homes rose 1.1% to 357,000 units. Building permits for single-family homes climbed 11% in February to 373,000, compared to 336,000 in January.

The Mortgage Bankers Association said its seasonally adjusted index of mortgage applications for the week ending March 13 increased 21.2% to 876.9 from the previous week. Purchase volume rose 1.5% to 257.1, while refinancing applications jumped 29.6% to 4,497.6.

The Federal Reserve reported that industrial activity at the nation's factories, mines and utilities fell by 1.4% in February. Economists had expected a decline of 1.2%. The factory-operating rate was down to 67.4% of capacity in February, the lowest level on records dating back to 1948. On a positive note, motor vehicle and parts production rose 10.2% after four consecutive months of declines.

The National Association of Home Builders/Wells Fargo housing market index in March stood at nine, the same level it was in February. The index hit a record low of eight in January. An index reading higher than 50 indicates positive sentiment about the housing market. The index has been below 50 since May 2006, and below 20 since April 2008.

On Tuesday, March 17, the Labor Department reported the producer price index, which tracks wholesale prices, rose 0.1% in February. Economists had expected a 0.8% increase.

The Labor Department reported Wednesday that consumer inflation rose 0.4% in February, the biggest one-month jump since a 0.7% rise in July 2008. The increase was largely due to an 8.3% rise in gasoline prices.

The Conference Board reported Thursday that its index of leading economic indicators fell 0.4% in February. That was slightly better than the 0.6% decline economists had expected. The index is designed to forecast economic activity in the next three to six months.

FYI: Here is another recent blog on the hopeful state of the housing market!(it's highly possible we're not doomed yet)

Groups:
Agents On Line
Almost Anything Goes
The Vent
"Whacked"!!!

Hi Suzanne! That's a lot of stats! I'm going to have to review this again. One thing, I'm happy to see building permits at an 11% increase - that's a very good sign! Let's keep moving forward!!

I have no stats, just a gut feeling that the market is turning.  People need to get off the fence right now.  Those who don't will be hit the next wave which will be high inflation and interest rates.  Interest rates are back to 1945 levels.

I love data, now the question!  Does anyone think they know where the bottom is?  I don't think so.  I think we'll know we hit bottom when  we're halfway back up.

Hi Mary - Great to hear from you! I agree, forward!

Hi Kate - Thanks for commenting, I hope your "gut" is right:)

Hi Wanda - Nope, no way to know the bottom until you're looking back down. Thanks for commenting:) 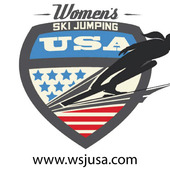