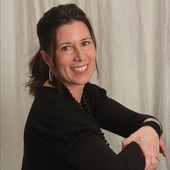 Get to know Amy Rio

My Story, I began in real estate at the ripe age of 18. Right out of high school I worked at Century 21 in Glastonbury Village Green and felt as if I was this little girl in the big world of Real Estate. My first few months were hard, I felt as if I was spinning my wheels and having to borrow gas money to get to my appointments.

My current office manager, Armand, who was my broker at that time, offered a trip to New York all-expenses paid which could be won through a contest. Being 18 I had never been to NYC so I thought it would be amazing to win the contest and the trip; 10 transactions in one month. I plotted a plan to do just that.

Once again I borrowed money to get gas and food and went on a mission. I sought out and then knocked on doors of ‘for sale by owners’ and ‘expireds’. I was so wide eyed and eager to win that trip I informed every potential seller and buyer that I needed to not only list, but sell their home immediately to win the trip.

I won the trip.

I found that setting a GOAL had helped me achieve what I truly wanted. I then spent every month setting and obtaining those goals.

At the age of 21 I was driving a Lincoln; I had a nicer car than most agents around me at the time. I was also pregnant with my first child. This seemed scary as I was making great sales, so my new goal was to stock up on my finances and secure a future for my baby boy.

I knew the in and outs of Real Estate and only in a few short years living as an agent, I had superseded all my goals which happen to make me the Century 21 1997 Top 10 Producers in the state of CT. I was the Century 21 Top Producer.

I calculated my career path and got extremely large, so large that my business model outgrew me. I had arranged a team of Agents for fielding my buyer calls and I maintained my personal referrals. The agents started to flock around me and after years of flourishing in this fashion my team came to me and asked if I would open my own firm. My team, the founding agents of Executive Real Estate, formed with me a new business entity. We immediately became one of the largest independent offices in our local Realtor market.

We were all scared about venturing off on our own. But the simple truth is that if your Customer Service is held to the highest standard then growth is unstoppable. Our clients then began to grow our business; the personal referrals to all of our executive agents had flourished.

Today, we are over 50 agents strong and always growing!

What has your broker invested in you?

Are you meeting your personal goals while your business escalates?

We invest in our agents!Learn first-hand from one of Connecticut’s eminent producers! Annual diagnostic screening ensuring enhancement of personal goals and business skills! Pursue your personal goals! Sharpen your business skills with training on leading technology! Understand how to become an educated, happy and goal-driven agent! Largest independent office in the greater Hartford area! No hidden costs or franchise fees, and guaranteed leads!

What can we invest in you?

Call me at 860.916.6048 or reach me at my email: RioAmy2@aol.com for a confidential discussion about your future career