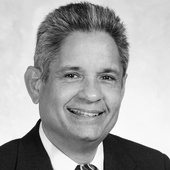 Get to know Alex Robayo

With over 31 years full time Real Estate experience Alex has helped 100"s of home owners reach their goals. Has experience several market changes in the real estate industry, Alex Robayo, has taken on the role of helping homeowners avoiding foreclosure. His knowledge of real estate and his willingness to serve Homeowners and Home Buyers further adds to his success.

Has earned many designations over the years, ABR, CDP CSSN, CRS,GRI, SFR, for serving his clients in the most professional manor. RE/MAX has awarded Alex Robayo with many top real estateawards throughout his real estate career.

Short Sale is always a Better Option than foreclosure

bookmark_borderbookmark
ActiveRain Community – about 10 years ago

Utilizing the latest in the real estate marketing has been invaluable in my ability to help buyers and sellers fulfill their dreams. Helping people find the perfect home or help the move up buyer sell their current home for the highest possible price