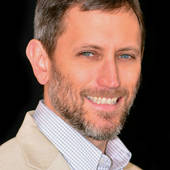 Life is better at the lake!

Get to know Boyd Anderson

Boyd Anderson joined Crye*Leike Brock Real Estate in 2004 after moving from Memphis, TN.
Boyd earned his broker's license in 2006 and was appointed as an executive broker of Crye*Leike Brock Real Estate.
In January 2008, Larry Anderson announced his resignation as principal broker of the franchise. Boyd assumed the leadership role as principal broker.
Prior to his real estate career, Boyd owned Process One, a one-hour photo processing lab and studio in Memphis, for approximately 10 years.
Boyd loves experiencing all of the outdoor activities that living in the Heber Springs area offers including hunting, trout fishing and spending time with his family on the lake.
He also enjoys playing guitar, blues harmonica, and singing. He and his wife, Shannon, are active in their church where they have served in various capacities.
He is a native of Memphis, having graduated from White Station High School and attended University of Memphis. Boyd and Shannon have three children and two grandchildren.