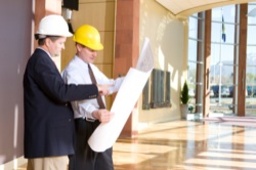 Get to know Brian Spear

Brian Spear began his career as most high-school students do; employed in a fast-food

restaurant. After working his way through school, he sought a more ambitious career, and

by 1992 was building houses as a carpenter. Revered by his peers and employers, Brian

quickly rose through the ranks, and within a short time he was working on commercial

But young Brian Spear had big dreams. Having learned what it takes to run a successful

construction business from his mentors, Brian decided to try his hand as a general

contractor. He founded Spear Construction, and quickly went to work hand-picking an

assortment of professionals for his team. After just a few short years, Spear Construction

became the most reputable construction firm in St. Louis.

company. Having designed, built and renovated hundreds of single and multi-unit homes,

a price that falls within their budget.

Brian also became recognized for his charitable contributions to the community. He

parts of his construction team to work on deteriorating community schools. As the owner

of two commercial properties, Brian has proven a fair and generous superintendent by

allowing tenants to skip a month of rent from time to time.

Brain has also made contributions on a global scale, namely through Angel Arms. A

youth with a reason to hope, and thanks to people like Brian they will be able to provide

essential services to these children for a long time to come.

Raceway and Gateway International, and work on side projects. In fact, one of his

projects, a relay assembly that he developed in 2008, is being designed by a team at

St. Louis is a wonderful city with great parks, homes, businesses, and opportunities.