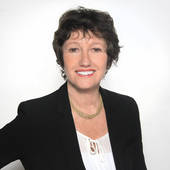 Get to know Carol Cappelletti

I am a native New Yorker with a degree in Theatre Arts and a successful career in Film Production/Advertising, I moved into the world of real estate in 1988 and have been listing and selling ever since.

As a recipient of an Architectural Conservation award from the Historic Preservation Society of Durham in North Carolina where I spent a good part of the past twenty-odd years I developed a special affinity for older, custom homes and gained a broad knowledge of restoration.

Now living in the Brooklyn Heights section of New York I am thrilled to be associated with the prestigious Corcoran Group!   My leisure time is spent traveling with family and friends, cooking, gardening, film & museum outings.

An active fund raiser, mother of two children, I served on numerous boards including the Durham Regional Association of Realtors. From 2004 to 2010 I served on the Preservation Durham Board of Directors as well as Play Matters a non-profit arts group. Presently I am serving a term on the SCAA (Saltaire Citizens Advisory Association) Board of Directors.  I support Habitat for Humanity, the American Dance Festival (ADF), Brooklyn Historical Society and assorted other charities.

Having worked in Film Production as a Line Producer I learned to master the art of multi-tasking and coordinate the talents and responsibilities of large film crews in bringing a finished product to our Advertising clients.  Long hours, dedication, and creative "out of the box" thinking were all requirements I believe I mastered and now bring to my Real Estate career.  I enjoy the hunt for the perfect home; have a good knowledge of the communities and their cultural and lifestyle offerings.  I love the fact that no two days are ever the same and I have the opportunity to work in a field where my clients have often become my great friends!