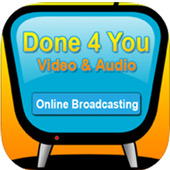 Get to know Craig ProctorTV

Discover Training Products Guaranteed to
Convert the Drudgery of Your Real Estate Career
into a Cash Rich Business That Serves Your Life!

Getting plugged into the right training has always been critical, but BEWARE…Since the recession began it seems that “coaches” and trainers are coming out of the wood-work — many who fail in the real world are now declaring themselves “experts” and taking your money with the promise of teaching you something they never mastered themselves.

What Our Members Are Saying

While my success in real estate earned me worldwide attention (I sold over 500 homes a year to earn annual GCI of almost $4Million for the last several years of my career), what’s more important than the number of homes I sold in my 20+ year career is the fact that over 30,000 agents worldwide are now using my systems to attain success in their own careers.

At the age of 25, I was making $14,000 a year with absolutely no real estate or business background. A year later, I’d closed 55 residential transactions, and two years after that — still under the age of 30 — I was named the #1 RE/MAX® agent worldwide by closing more than 200 properties. I was the youngest RE/MAX agent ever to be number one worldwide for the company, and I subsequently won every possible RE/MAX® Award, including the On the Shoulders of Giants Award in November 2009.

These days, I divide my time between my hometown north of Toronto, Canada and our vacation property in Florida, devoting 100% of my time to my passion: teaching and coaching other agents. By openly sharing my step-by-step approach, I have not only taught my students how to dramatically increase their results, but also how to vastly improve their quality of life. My system has been responsible for the biggest success stories in the industry including:

Agents who attend my SuperConference learn radical, inexpensive and highly effective systems for every part of the business, conceived and taught by someone who has not only “been there” himself (me!), but has excelled at the steps so many agents struggle with.