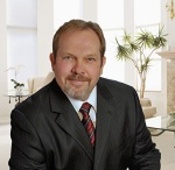 A dedicated full time Real Estate professional I use my knowledge, experience and negotiation skills to provide my clients, buying or selling, with service beyond their expectations.

Get to know Dean Bergstrom

“I've been described as having the determination of a pit bull.” Dean Bergstrom

Dean attended public and high school in Burlington. He participated in competitive hockey, baseball and, represented Burlington on the tackle football team. He excelled at skiing which he enjoyed first at Glen Eden, then Blue Mountain and Georgian Peaks and finally in the Bavarian Alps.

At age 19, Dean recognized his calling was to serve his country as a member of the Canadian Armed Forces. Dean's excelled in his studies and achieved the top student award at the School of Communications and Electronics Engineering. Over the next 21 years he traveled to many countries and served on countless missions for which he was a recepient of the United Nations Noble Peace Prize Award. He has also recieved medals for the United Nations missions he had taken part in which included Rwanda and Central America, as well as recieving medals for service from Canada.

Upon his honorable discharge from the Canadian Armed Forces he pursued a career in the world of information technology. When it came time to start his third career Dean chose to bring his history of service down to a personal level by helping his clients with the sale or purchase of their homes. Always competetive and with a background in IT Dean takes full advantage of this knowledge and skills and applies these for the benefit of his clients.

Dean loves working with people and wants you to know that he will always have time for you.

Spring has “sprung” and so has the Real Estate Market !!!!

Sold in two days for 98% of asking

Retired and Relocating in the GTA?