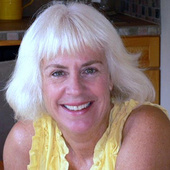 Joanne Tarantino is a certified residential specialist with over twenty years of real estate experience, specializing in homes and condos in Key West and the lower Florida Keys.

Get to know Joanne Tarantino

Whether you live in Key West or the Lower Keys already or are thinking about moving to our islands from some other location, I can help you find the perfect home or sell your existing one. With over 20 years of Real Estate experience, you can feel confident in knowing that your Real Estate agent is a certified residential specialist and a award winning top sales broker associate / Realtor®. Whether you are buying or selling, my team and I stay up to date with the latest technology and advertising strategies to provide the highest quality of service possible. I specialize in waterfront and luxury homes and condos in Key West and the Florida Keys, including Old Town, Truman Annex , New Town, Stock Island, Key Haven, Big Coppitt, Shark Key, Saddlebunch, Sugarloaf and Cudjoe Key.

Should You Add a Bathroom?

Palm Trees Are Happy Not Being Trimmed

Elevator For Your Car

Often described as racy, raucous, bawdy, and brilliant, Key West has become a mecca for drop-outs, millionaires, and tourists. The city derives its special vibrancy from a beneficent climate that's never seen a frost, restored architectural gems that serve as guest houses and museums, a multitude of bars that stay open until the weeist of hours, a large gay population, and thousands of individuals and eccentrics from the Bahamas, New England, Cuba, and Africa, who were living the philosophy of "Let It Be" long before the Beatles' grandparents were born. It's a fascinating place, where the present proudly wears its history like gold charms on a bracelet, each telling a story of who was who and what was where. The who includes a star-studded list of writers, artists, and statesmen, from Hemingway and President Truman to Tennessee Williams and John James Audubon, all of whose residences now house museums. The where reveals itself in scores of buildings dating back to the early 1800s. Those who appreciate Key West's unique history fight to restore rather than build anew and share their love of the architecture, history, literature, and local lore through lively walking tours of the Old Town. As a result of their sometimes heroic efforts, few other cities can claim as many well-preserved Victorian-era houses Though Audubon and Winslow Homer are gone, artists still regard the island as a haven. This is evidenced by the abundance of studios and galleries showing exciting and imaginative works by artists of local, national, and international fame. Bookstores abound, too, displaying in their windows signed copies of the latest writings of island authors: David Kaufelt, Nancy Friday, Allison Lurie, Richard Wilbur, and Laurence Shames among them. Key West hotels, like its art and architecture, are distinctive and exude lots of character. The choices range from large, first-class waterfront resorts to a youth hostel. In between are modest hotel chains, guest houses built around tropical gardens and pools, small five-star inns, and bed and breakfasts located in immaculately restored historic houses. Conchs also are enthusiastic about their dining. Although conch itself is served through out the Keys the taking of the Queen Conch is prohibited and imported from Bahamian waters. Key West's proximity to the sea gives it a long tradition of fresh seafood, but the result of 200 years of influence by Bahamians, Cubans, New Englanders, and tourists has created much more complex, international dining. Atmosphere and prices are equally diverse, with expensive, elegant dining rooms overlooking the ocean just a block away from moderately priced rustic, open-air bars/restaurants specializing in Cuban or Caribbean food. Whether it's spring break, Fantasy Fest, or just another weeknight, Key West is a paradise for late-night revelers. While some visitors are content to settle into one spot for the evening, others prefer to go from bar to bar, club to club along Duval Street, doing what's known as the Duval Crawl until 4 a.m. The buzz isn't limited to Duval Street; there's plenty of action along Front Street, in Land's End Marina and Key West Bight Marina, and on Whitehead, William, and South streets. In addition, there are fine arts performances, tea dances, art gallery openings, seances, ghost walks, and piano bars throughout the island. Key West is blessed with near-perfect weather and is surrounded by a bountiful coral reef, making the great outdoors one of the island's biggest attractions. The southern coast is lined with sandy-albeit most of it imported-beaches, with facilities ranging from tennis courts and picnic tables to watersports concessions and restaurants. Fishing, scuba diving, and nature tours lure the more energetic visitors onto the warm, clear waters. Birders are equally impressed with the opportunities the island's weather and waters afford. More than 60 species breed here, while another 140 or so can be spotted on migration stops. Key West has been grabbing the world's attention since the 1600s, when Spanish fishermen from Cuba discovered the prolific fishing grounds around the island. It hasn't slowed down.