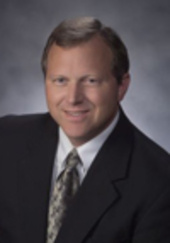 Get to know John Talley

John Talley of Hockessin, DE has joined NextRE as a licensed REALTOR.  John, a 1987 graduate of Brigham Young University with a Masters in Public Administration and a Bachelors in Spanish began his career as an Executive for the Boy Scouts of America.  Two years later he struck out on his own as an insurance agent.  In 1992 he started a vending business landing an account with Macy's that eventually grew to over 400 vending machines in some 75 Macy's stores along the east coast.  Meanwhile, in 1994 he ventured back into insurance specializing in insurance archaeology, recovery and reconstruction for Fortune 200 clients with heavy environmental and asbestos liabilities.

In 2003 John finally sold the vending business to concentrate on insurance archaeology.  Interested in investing in real estate, he obtained a REALTORS license in 2004.  He acquired a rental property and soon thereafter a friend asked him to handle two real estate transactions.  He caught the bug and has never looked back.

So I Was WRONG (for now)

ActiveRain Community – over 8 years ago

Interest Rates Are On The Rise