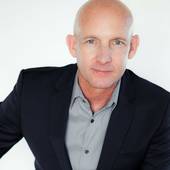 Speaker, Trainer, and Coach. Founder of YESMasters Real Estate Success Training...Helping Real Estate Agents get more YES's and more successes in your business and in your life.

Get to know Kevin Ward

Kevin Ward is passionate about coaching and mentoring real estate agents to achieve their goals in business and in life. You can also find many of his training videos on http://YouTube.com/KevinWardNOW.

Kevin currently coaches and trains agents nationwide and even internationally on the skills and mindsets of high achievement.  From 2010 to 2012, Kevin served as the Team Leader/CEO for Keller Williams Beach Cities in Hermosa Beach, California.  He has been selling real estate full-time and coaching real estate agents to high levels of production since 1998.

Originally from Texas, Kevin was a top agent and broker in the Dallas/Fort Worth market for over 10 years, and has been actively working in the Los Angeles market since 2009.  During his career he has worked for Keller Williams Realty, Century 21, and RE/MAX, and has listed and sold over 700 homes.

YesMasters.com is a Real Estate Agent Training site dedicated to helping Real Estate Agents develop a STRONGER MINDSET, GREATER SKILLS and BETTER RESULTS To dramatically increase their business even in a challenging market.