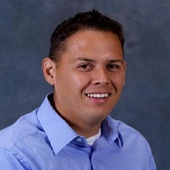 Local Realtor and Investor who grew up in the area. I have owned property in Northern CO for over 10 years. Let me help you with your Real Estate Goals and Needs. Got Real Estate? 970-231-0890

Get to know Marcus Valdez

Search Properties and Home Values at

Marcus was born in Denver and grew up in Fort Collins. In 1992, he participated in the Vans World Amateur Skateboarding Finals. After his stint as a sponsored skateboarder, Marcus opened The Market, a skateboard and snowboard shop in downtown Fort Collins. He also founded a sprinkler and landscaping company to help offset costs and maximize profits on his properties. Having eight years of real estate investment experience under his belt, Marcus ultimately decided to get his real estate license in 2004.  Since then Marcus has been featured on the TV show House Hunters and been involved in many Commercial and Residental projects.  Most recently working with co-investors redeveloping a city block next to UNC in Greeley. Marcus is married to his high school sweetheart, Melissa, and has three beautiful children.

bookmark_borderbookmark
ActiveRain Community – about 11 years ago

With extensive experience in residential and commercial investment property, as well as development consulting, property management and new construction.  Marcus has worked in foreclosures and short sales helping many clients out of difficult situations. The  multi-award winning Marcus Valdez team has several members that help Marcus cover Denver and the Colorado Springs areas.  Marcus is currently working on his CCIM designation.  Marcus is also an Eco-Broker!