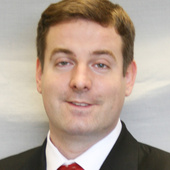 Get to know Mike Fitzgerald

After spending several years in a traditional real estate brokerage, Mike became frustrated with the lack of land related knowledge and resources.  After looking at other main line realty firms, it was clear that no company was willing to focus on land sales to the exclusion of other property types. He realized the complexity of land marketing and site selection demand sales professionals and a company dedicated to land only.

Mr. Fitzgerald works primarily on marketing undeveloped land in and around Atlanta.  His expertise is related to both greenfield development parcels and infill redevelopment.   Most notably, he successfully completed the land sale for a new Home Depot store and he assembled six parcels for redevelopment as high density residential in what is now the City of Sandy Springs.

He attended Duluth High School in Gwinnett County Georgia, received his Bachelors of Science in Mechanical Engineering and Minor in Political Science from MIT in 1999.  He holds a real estate sales license in the State of Georgia.

Mike Fitzgerald is on the Board of Directors of the Irish Chamber of Commerce, USA Atlanta Chapter, and a member of the Realtors' Land Institute as well as the Atlanta Board of Realtors.  He volunteers regularly with the MIT Club of Atlanta and various political groups.  He previously served on the Board of the Georgia Association of Real Estate Investors.

When is it Time to Throw in the Towel on Financed Land?

Will the FDIC Have to Give Lots Away?

New Study: Residential Lots in Atlanta worth $8,000 Each

The decision to offer your land for sale can be stressful.  Maybe you are considering selling your property, but don't know where to start . . . You may be wondering:

How much should I ask for my land?  What possible uses will the lot accommodate presently or in the future?  What type of financing would the property support?  Who could help me sell my land?  Do I need a soil test or updated survey?  What is the current zoning and what zoning could be obtained?

We know how to help our clients find the answers to exactly these types of questions because we exclusively sell acreage tracts, developed lots, farms and timberland.  Our expertise is in land, because that is the only type of real estate that we sell.

Fitzgerald Land & Commercial Realty markets land for sale in the Metro Atlanta area providing assistance with valuation, zoning, permitting, and many other aspects of land sales.  The real estate firm also represents parties who wish to participate in tax exchanges and advanced estate planning in the sale of land or the purchase of revenue producing commercial assets such as retail, multi-family or office properties.