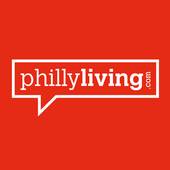 Get to know Noah Ostroff

Noah attended Cheltenham High School and graduated with High Honors from Penn State University with dual degrees in Marketing and International Business. After college, Noah moved to Palm Beach Gardens, Florida where Noah immediately began working as a project manager for Toll Brothers and subsequently Centex Homes. As the youngest-ever project manager, he oversaw the entire building operation of hundreds of new luxury homes. Noah moved back to Center City, Philadelphia, in 2006, after deciding to start a family and move closer to a large network of friends and family in the Philadelphia area. With his experience in new home construction, and after purchasing several homes in Philadelphia and Florida, he found that he enjoyed and excelled at giving advice and assistance to friends making their first purchase. It was only a matter of time before he would consider making his hobby a full time career. In 2008, Noah joined Coldwell Banker Preferred and rapidly became one of the company's top performing agents. In 2009, he earned the "Rookie of the Year" award for closing more deals in his first full year than any other agents in the company's history. In 2010, Philadelphia Magazine gave Noah Ostroff the 5 Star Award for excellence in the industry. Noah then formed an exceptional team of agents, marketing professionals and administrative assistants to help better serve the Philadelphia Real Estate market.  Since its formation, the PhillyLiving Team has both set and broken records time and time again, including "Most Number of Buyer Controlled Sales" (2010, 2011, 2012, 2013) , "Most Listing Side Sales" (2013), "Most Total Units Sold" (2010, 2011, 2012, 2013), and have earned some of the highest awards offered, including "International Presidential Elite Team"(2010), "International Presidential Premier Team" (2011, 2012, 2013). Additionally the team has consistently ranked as the Top Team over the past four years, has been named as one of the top teams out of NRT's 75,000 agents (2011, 2012, 2013) and one of the top 250 teams in the Country by the Wall Street Journal (2013). The team most recently earned the Society of Excellence Award, which is given to less than 50 agents in the entire country.

bookmark_borderbookmark
Real Estate Sales and Marketing – over 8 years ago

bookmark_borderbookmark
ActiveRain Community – about 9 years ago

bookmark_borderbookmark
ActiveRain Community – over 9 years ago